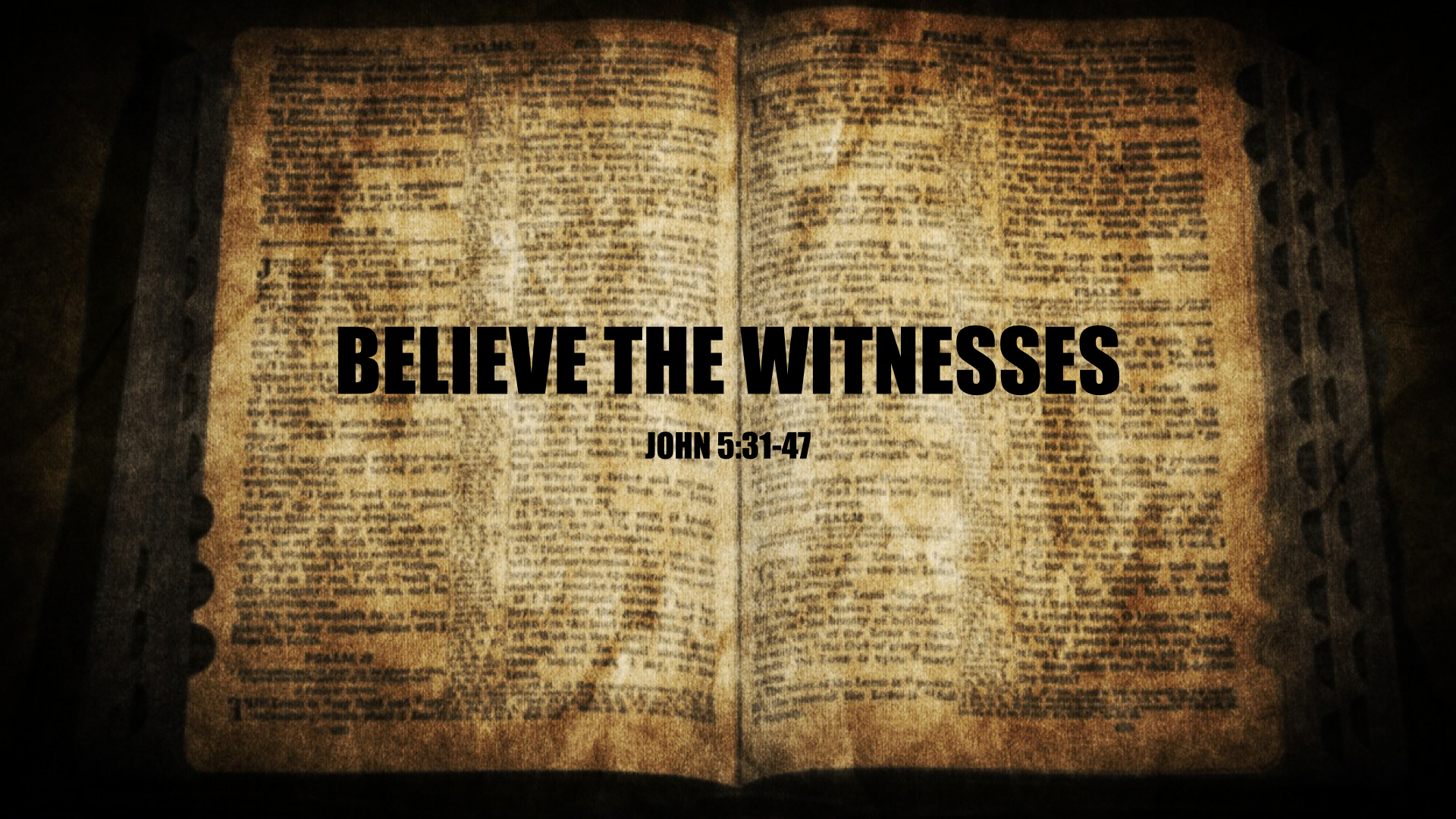 We find in our text today the continuation of Christ’s dialogue with the religious leaders. They were questioning what authority he had to do the things He was doing. They were specifically concerned with Christ breaking the Sabbath by “working” to heal the cripple man at the Pool of Bethesda (5:1-16).

Jesus told them why He could “break the sabbath.” God had been working from Creation to the present and Christ was equal with God in His nature, power and authority (5:17-30).

Now Jesus presents witnesses to prove that what He claimed about Himself was in fact true. These were witnesses that the Jews should honor and respect.

In Jewish culture, nothing was settled until there was two or three witnesses.

Christ does not ask the Jews to believe His own words about Himself (vs. 31). “Under Jewish law, self testimony was not accepted in court.”

Christ presents four witnesses in increasing order of importance to prove that what He said about Himself was true. He will emphasize the last one as the “witness” that is true [Moses in Scripture].

John the Baptist was respected as a Rabbi or teacher of the Jews. The Jews had asked John about who Christ was in 1:19-34 and 3:26-36. On Both occasions John told them the very truth that Christ had told them “My Father has been working till now, and I have been working” (5:17).

Note the comparison between John’s witness of Christ and what Christ said about Himself:

There is a greater witness than John, the miraculous works that Christ did were clear evidence of the person of Christ. They were irrefutable proof that the Father sent Christ.

As we progress through the Gospel of John we see increasing power demonstrated through the miracles that are recorded.

In Christ’s last discourse that John records, Christ views the miracles as sufficient proof of His claims. John 14:11 Believe Me that I am in the Father and the Father in Me, or else believe Me for the sake of the works themselves.

How can the Father be a witness but the Jews had not heard him? God the Father did speak audibly, something a Jew would have reacted to positively, but they did not.

• At Christ’s baptism – no reaction
• At the Transfiguration (only three of the disciples heard it)
• Jn. 12:28 – they thought it was thundering or an angel, no understanding

“Jesus implies that his hearers had not apprehended the revelation of God because they had not believed him whom the Father had sent. Openness of belief must precede the reception of truth.”

After Solomon’s temple was destroyed in 586 BC, the Jews replaced the temple sacrifices with the act of diligent study of the OT law. They searched the Scriptures to find the most minute details and uncover their meanings. This study they believed would bring them salvation (vs. 39). Rabbis would record the details of their study, their commentary and application in what we know as the Talmud.

But by looking for the details of WHAT to do, they missed the PERSON of the OT. 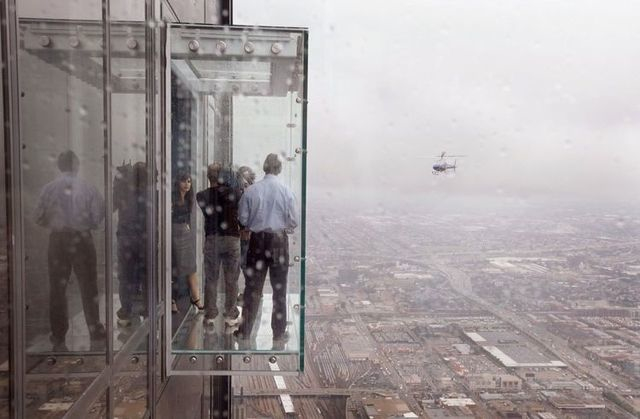 At the top of the Sears tower in Chicago visitors enter an observation room with glass walls. There is an outcrop where even the floor is glass! The view of the City of Chicago is spectacular from this vantage point.

Imagine you are standing on the top floor of a tall building admiring the view and someone comes up and talks to you about the glass window you are looking through. He notes the strength of the glass, the thickness of it, and the tint. He takes out his pocket knife and begins to scrape at the corner of the window. He tells you he will do a chemical analysis and get back to you with the composition of the material that the architect used! In addition to thinking the person a bit strange, you realize that he is missing the whole point of the window – to allow you to see the view.

The Scriptures are our window to the Truth outside this cursed world.

The Jews were so focused on the “window” of the Old Testament Scriptures that they missed and rejected Christ’s claims that those Scriptures revealed (vs. 40).

Christ had come in the name of God and they rejected Him, but if a rabbi came in his own name, the Jewish people would receive and honor him. The Jewish leaders were constantly striving for honor from one another (vs. 41-44). Jesus was not playing that game, He did need the honor of men. They were concerned with the praise and honor of men and ignored the praise of God. The point was clear, these religious leaders talked about God yet did not have the love of God in them (vs. 42).

So let’s wrap this up with a personal application:

Christ did not have to judge them (vs. 45, cc vs. 30). What Christ is going “to hear” that will condemn them on the day of judgement is condemnation from the Scripture.

What are we doing with the truth that as been revealed in the Scriptures?