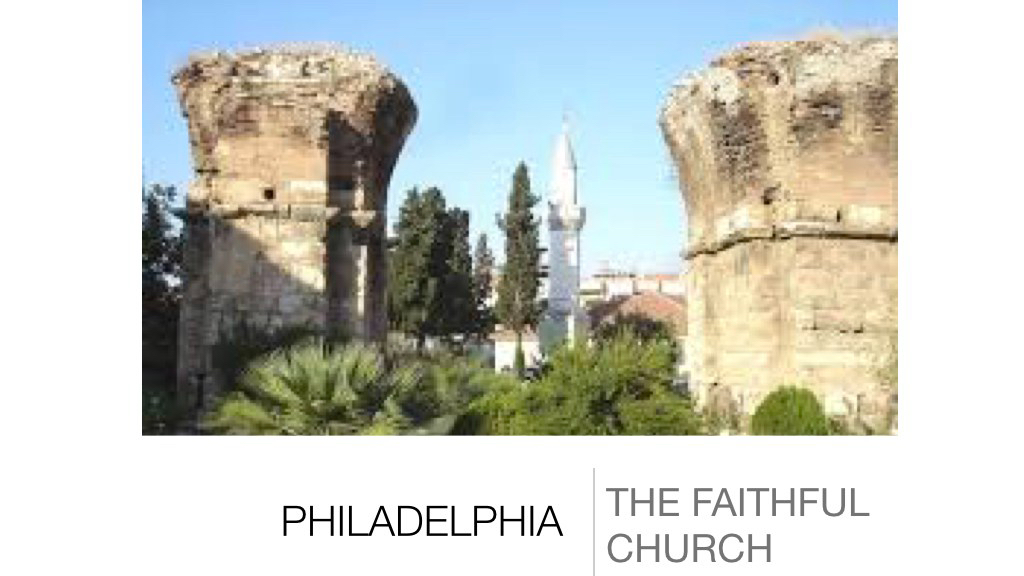 Listen to this sermon here.

How would you evaluate success for a church, a church like ours? Are we successful? Is God pleased with Kitwe Church? How would you know if Christ is pleased with the way we worship, how we serve, or what we teach?

In our secularized cultures, we often equate success with numbers – if our church is large and growing, and if we have influence in our city, then we are successful.

Last year when I was preaching in Houston, I drove past the largest church in America. Lakewood Church is pastored by Joel Osteen and runs nearly 50,000 people each weekend, and an annual budget of $90m. If evaluation of success is size and influence, Lakewood wins! Last year in an interview with CBS News, Tracy Smith asked Osteen about hell, why he never preaches about it. Osteen responded, ”most people are beaten down enough by life. They already feel guilty enough.” Books: Your Best Life Now, Become A Better You, You Can You Will etc.

We have been studying seven churches in the first century that reveal to us the various challenges and concerns that Christ has for His church.

Identity of the Recipients: Written to the pastor of the church at Philadelphia (1)

Identity of the City:

WHO JESUS IS AND WHY IT MATTERS TO THE CHURCH (7)

He is holy, unique.

He is true, authentic

In 2013 when he first started claiming he was Jesus Christ, Bupete Chibwe Chishimba, a resident of Mindolo Township in the Zambian copper mining city of Kitwe was beaten up.

When townsfolk spotted him claiming to be Christ and incarnated with the divine powers of Jesus, they assaulted him with objects and called for his crucifixion to prove his claims.

Chishimba claimed he fell from heaven in 1999 with the sole purpose of initiating judgment for mankind and ending political rule.

He claimed he could heal the sick and denounced church leaders for deceiving people by saying Jesus is coming when he was already here.

These days the 43-year-old goes by the names of Parent Rock of the World, Mr Faithful and Mr Word of God.

He drives a taxi inscribed with the words “Lord of Lords” and walks around the local marketplace spreading the message of the returned Christ.

Chishimba claims to be superior to Jesus, ahead of him in heaven’s hierarchy,
He lives with his wife and five children and when he is not driving his two Toyota Corollas, he wears a robe and parades around spreading the gospel, and preparing the world for the End of Days. (https://www.news.com.au/lifestyle/real-life/seven-men-around-the-world-who-each-claim-to-be-jesus-christ/news-story)

Jesus is the way, truth and life – here is the exclusivity of the claim: No one will come to the Father except through Him! (Jn. 14:6)

He is the absolute authority

The Jews denied Jesus was the Messiah and claimed that they alone had access to the Kingdom of David. But Jesus has the keys of David the keys to the MESSIANIC Kingdom:

Jn. 10:7 So Jesus again said to them, “Truly, truly, I say to you, I am the door of the sheep. 8 All who came before me are thieves and robbers, but the sheep did not listen to them. 9 I am the door. If anyone enters by me, he will be saved and will go in and out and find pasture.

WHAT JESUS KNOWS ABOUT HIS CHURCH (8)

This church was a small church, they were few in number. It is unlikely that they had powerful, influential members. They were not well-connected, with no particular financial influence. In the eyes of the world they were weak.

But God had opened a door for them that no one would shut! This may refer to the opportunity for ministry in their city, but certainly it speaks of an open door of access to Christ’s coming kingdom.

They obeyed His word

In their weakness they simply took what they knew of God’s word and obeyed it! They did not deny Him. All disobedience is in some way a denial of God – His Authority; Power; Goodness; or Wisdom.

These people faithfully engaged in ministry. They were not flashy, they were not trying to impress others, they may not have had the advantages of power, structure or connections, they simply obeyed Him!

They did not deny Him in the midst of difficulty

How do you respond when difficulty strikes your life? What is your response when you face the possibility of suffering loss for the sake of your obedience to Christ?

WHAT JESUS PROMISES TO HIS CHURCH (9-12)

Promise to vindicate them (9)

These who have rejected and brought trouble to them for their obedient stand for Jesus and His truth, will come and bow down at their feet. Speaks of the millennial kingdom as we ‘rule and reign with Him 1000 years’.

These people who opposed and persecuted them will come to salvation. These powerful, influential people will come to know Jesus as Messiah and trust in Him for salvation.

Promise to validate them (9)

The Jews believed that when Messiah came He would love them and declare that love to all nations. Jesus promises that these same people will come to know the depth of Jesus the Messiah’s love for His church!

God demonstrated the depth of His love for you by sending His only Son as the sacrifice for your sin, and not only yours but the sin of the entire world! (Ro. 5:8)

I Jn. 2:2 He is the propitiation for our sins, and not for ours only but also for the sins of the whole world.

Jesus loves you and if you love Him in return, it is because He took the initiative. This love is undeniable – the only way you can be reconciled to God is by receiving what God’s love has provided!

He will preserve they, keep them in the specific trial that is coming. They kept doing right when it was not easy and when they were not sure of the outcome. They demonstrated genuine faith by glad abandoned obedience!

Jesus is coming soon! God will rapture His church prior to the Tribulation period. The next event on God’s timetable – the snatching away of the church. (Rapture) This will be followed by 7 years of tribulation with the second half of this 7yrs. Known as the Great Tribulation. Then Jesus will return to earth with His saints, to do war with the Anti-Christ and at the armies of the earth. They will be destroyed in the Valley of Armageddon. Jesus will then set up a literal kingdom on earth for 1000 years.

So keep on doing what you are doing! (11b) – you are not holding to human wisdom or power, you have something special, don’t loose it!

Promise to establish them (12)

This is a promise of a spiritual home – pillar in the temple. Often they would have the name of a person engraved on the pillar. This person was confirmed to have a right of entry into this temple.

They were also promised spiritual stability, they would no longer will they go out and in. Earthquakes were common in this region, citizens would flee their homes and live in tents outside the city until the aftershocks were over. Jesus is promising his church a place of stability.

They were promised spiritual inclusion into God’s program – “God’s name” would be written on them as a clear identification to whom they belonged.

They were promised spiritual citizenship in God’s city. We are citizens of the kingdom of God! What a blessed assurance!

The Church at Philadelphia is a model for Kitwe Church:

What are you hearing this morning? What do you need to renew your grip upon? Listen and do what the Spirit is saying to our church! (13)

Embrace the Gospel! Believe in Jesus Christ alone for your salvation!

O – Our sins separate us from God. Genesis 3

E – Everyone who trusts in him alone has eternal life. John