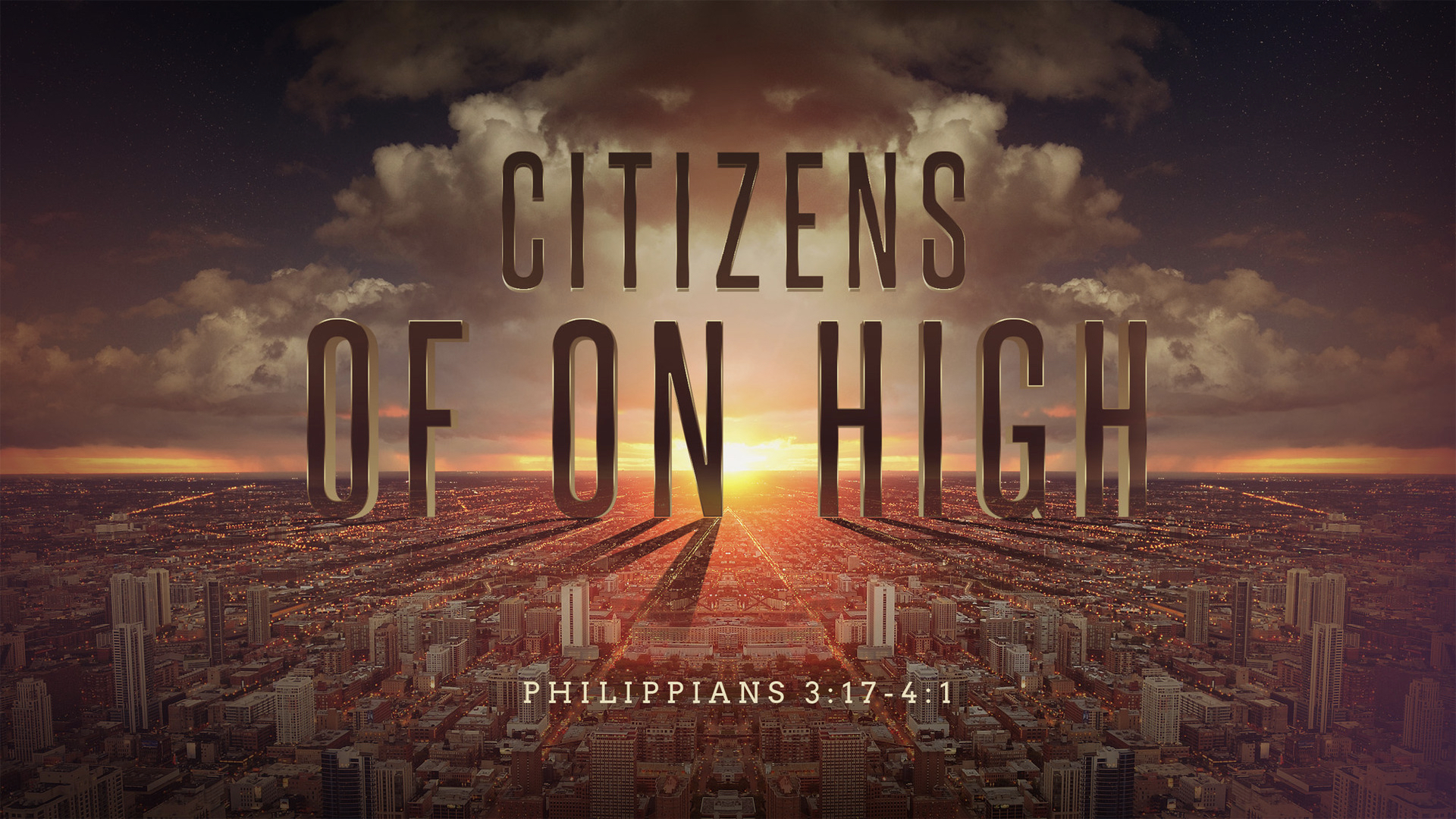 A person becomes an automatic citizen of a country by birth. Our first child born in Africa was Austin.  He was born in the Kalalushi Mine Hospital.  After Austin was born the hospital gave us a hospital report of birth.  We took that report to the Office of Births and Deaths in Lusaka and received a Zambian Certificate of Birth.  Those documents then went to the US Embassy in Lusaka were we were issued a Report of Consular Birth Abroad and a US Passport with Austin’s picture and details.  Austin was born in Zambia yet he possessed all the rights and responsibilities of a United States citizen even though for the first four years of his life, he did not step foot in that country.

This is an illustration of what Paul is writing about in our text in Philippians 3:17-21.  Philippi was a strategic Roman colony located in northern Greece along the land route to Asia Minor. Though far from Rome, this colony enjoyed all the rights and privileges of Rome.

Paul is making that case that this is true of us as Christians!  We are born-again abroad! But we are citizens of heaven – right now!  We are living as visitors, aliens in a foreign land because our citizenship is in heaven.

This being true, it is very important how we conduct ourselves!  We all look at people we know from other countries and take into account who they are, how they live, and what they do to give us a point of reference – right or wrong – to identify that country.

Paul here issues three instructions that carry with them a degree of warning for all Citizens of Heaven:

To identify disciples, you must identify the right pattern of living!   Paul instructs them to watch him life and example and then find others who believe and live like he does:

Paul was passionately grasping after Christ (12-14). This speaks of an intentional straining toward the goal, a reaching out to grasp the thing that Christ grasped me for… (Ill: 4×100 relay). When we lean on His power (10), learn from His pain (10) and rest on His plan (12) we grow closer to Christ.

Watch for others who walk in the same way!

A call for discernment – note those who walk like Paul in relation to the gospel. Discernment – to tell the difference between two things. The sound judgment that takes possible the distinguishing of good from evil and the recognition of god’s right way for His people. (1 Ti.4:2)

Follow their teaching and example!  This is a call to fellowship – “join in following” and a call for evaluation – following my example.

So let’s apply what we have looked at so far:

To get the full weight of what Paul is saying here we must understanding the severity of the term used:

The warning is to be taken seriously!

They are many! The danger is so serious that the warning is repeated often!

Mt. 7:15 “Beware of false prophets, who come to you in sheep’s clothing but inwardly are ravenous wolves.

Mt.24;11 11 And many false prophets will arise and lead many astray.

2 Ti.2:16-18 16 But avoid irreverent babble, for it will lead people into more and more ungodliness, 17 and their talk will spread like gangrene. Among them are Hymenaeus and Philetus, 18 who have swerved from the truth, saying that the resurrection has already happened. They are upsetting the faith of some.

Col. 2:8 See to it that no one takes you captive by philosophy and empty deceit, according to human tradition, according to the elemental spirits of the world, and not according to Christ.

2 Pt. 2:1-3 But false prophets also arose among the people, just as there will be false teachers among you, who will secretly bring in destructive heresies, even denying the Master who bought them, bringing upon themselves swift destruction. 2 And many will follow their sensuality, and because of them the way of truth will be blasphemed. 3 And in their greed they will exploit you with false words. Their condemnation from long ago is not idle, and their destruction is not asleep.

1Jn.4:1 Beloved, do not believe every spirit, but test the spirits to see whether they are from God, for many false prophets have gone out into the world.

4 For certain people have crept in unnoticed who long ago were designated for this condemnation, ungodly people, who pervert the grace of our God into sensuality and deny our only Master and Lord, Jesus Christ.

Identifying the enemies of the cross

Let’s consider them in reverse order: Paul begins with their end and moves down toward the root cause of them being enemies of the cross:

Their walk indicates that they are enemies of the cross. Their lifestyles deny the claim they once made as children of God. They view as foolish the passionate pursuit of Christ and cross-centered suffering. How can you say you love someone and not warn them?

Now note the CONTRAST between these enemies and the true citizens: “BUT”

Remember where your citizenship is located!

We live in eager anticipation of the return of our Savior, Jesus Christ. Jesus is coming at any moment – imminent return of Christ. The dead will go first, then we who are alive and remain will be caught up to meet him in the clouds. (I Cor. 15:51)

Remember that your earthly body will be transformed into a glorious one!

His work on that day to transform our fallen, sin-prone bodies into glorious bodies like His!  No more sin, no more pain, no more death, no more temptation, no more crying, not more weakness, no more decay! We will be like Him for we shall see Him as He is!

I can’t wait for Jesus to come! O come Lord Jesus is the deep cry of my heart! The only reason why I would hesitate to plead for Him to come back today is that some of you are not yet citizens of heaven! When He comes it will be too late for you, and I love you and so much want you to be in heaven with me!