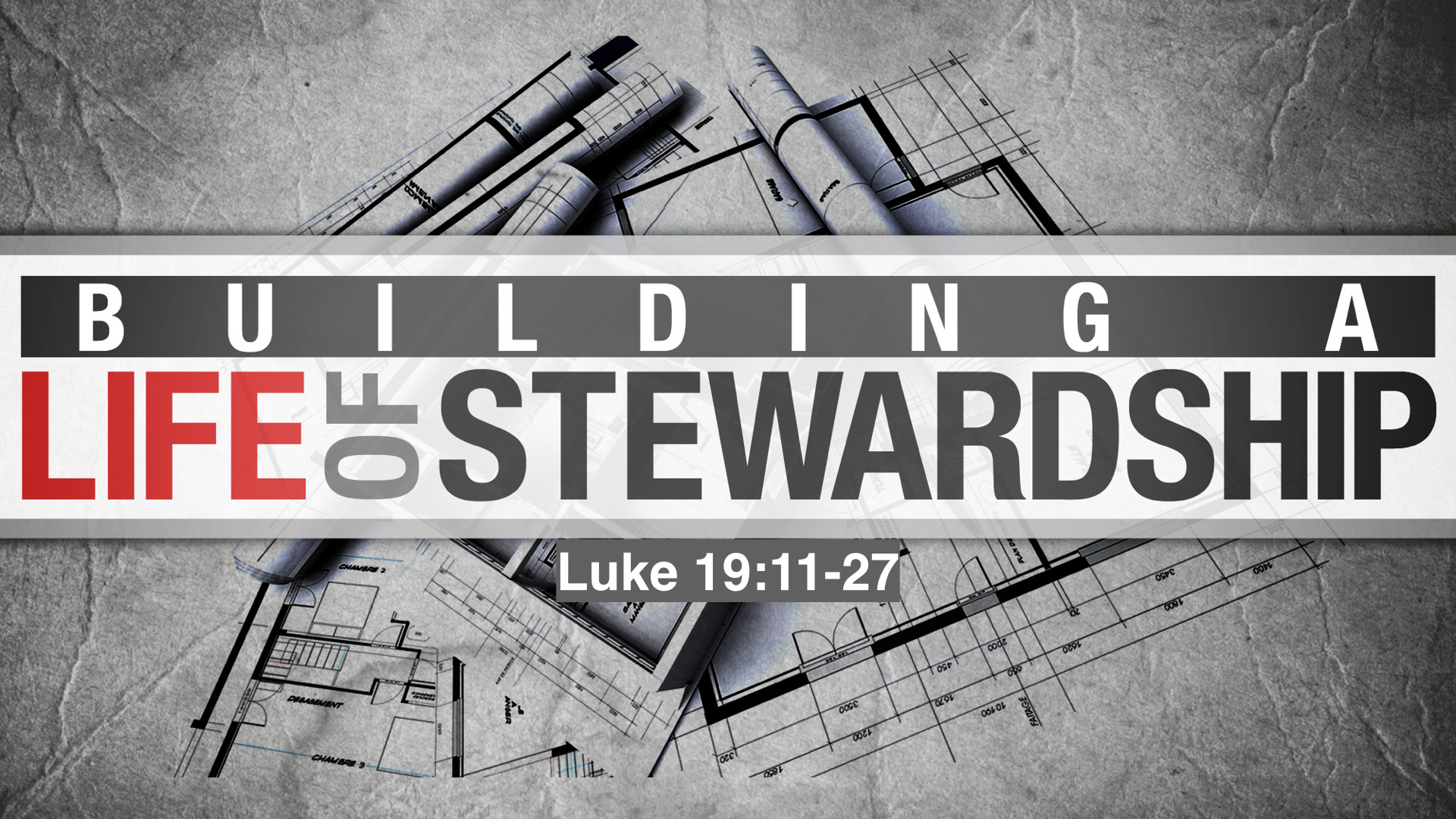 What do you own that you did not receive?  You might respond, “But I have worked hard to gain what I now possess!”  Where did you get the ability to learn what you now know that allows you to work hard?  Where did you get the health and strength to carry out the tasks? Luck? Chance – is this whole thing one big crap-shoot like the evolutionist would have us believe?  Is is Karma – a little good a little bad just happens?

Listen to what God says:

To the Israelites God says, “And you shall remember the Lord your God, for it is He who gives you power to get wealth…” (Deut 8:18)

To those who where trying to find some some leg-up advantage over other people based upon their identification with a prominent preacher God says,

For who makes you to differ from one another? And what do you have that you did not receive?… (1 Cor. 4:7)

Ever wonder why there are those who serve God who prosper, but there are also those who despise God who also prosper in this life?  Listen to Jesus:

“But I say to you, love your enemies, bless those who cures you, do good to those who hate you, and pray for those who spitefully use you and persecutor you, that you may be sons of your Father in heave; for He makes His sun rise on the evil and on the good, and sends rain on the just and the unjust.” (Matt. 5:44-45)

All of life is entrusted to us as a stewardship:  Our time, our world (creation), our bodies, our families, gifts & talents, knowledge, possessions and money, and the gospel. There is nothing that we have that was not given to us by God

The gospel of Luke was written so we would know what Jesus was really like.  It is a historical orderly account of Jesus life and ministry. (Lk1:1-4)

Jesus is telling a parable (11). A parable is an earthly story with a heavenly meaning. There are two reasons that Christ told this story:

HISTORICAL BACKGROUND TO THIS PARABLE:

There is an important bit of history behind this parable that would have been fresh in the minds of the people listening to Jesus. Herod the Great was king when Jesus was born. Archelaus the son of Herod the Great was appointed by his father to be King over Judea four days before his death in 4BC.

Archelaus was a sensual vain man notorious for not keeping his word.  Once when the Pharisees demanded the removal of the Saduccean High Priest, Archelaus agreed but said only after his kingship had been confirmed by Augustus.  The Pharisees pushed the issue and the day before Passover troops were sent into the court of the temple and 3000 Jews were massacred.

Soon after the massacre Archelaus traveled to Rome to be confirmed by Caesar.  A delegation of 50 Jews from Judea followed him to Rome to petition for the exclusion of the Herodians from government.  These men were joined by 8,000 Jews living in Rome at the time.  Cesar Augustus confirmed Archelaus anyway. When Archelaus returned to Jerusalem he killed all those who had complained against him.

You can see why this parable would have grabbed the attention of the Jews listening to Jesus.

The command was given by the proper authority. (12)

Nobleman was going away to get a kingdom.  He had the right to give his servants instructions about what He wanted them to do!  As King, he had the absolute right to rule over his subjects.  the King gave them a job to do before his return.

The command was given to the right people (13)

They are identified as “his” servants.  They belonged to him, and they had pledged their allegiance to him to serve him.  These servants in v13 were different from the “citizens” in v 14.

The word servants is the Greek word doulos.  This was a servant whose life was completely at the disposal of the master.  He owned them.  It speaks of a person who is in a permanent relation of servitude to another, his will altogether consumed in the will of the master.  He has no rights, no will of his own, he is completely given over to the will of another. this is not referring to a hired servant.

In the New Testament there are two Greek words translated Servant:

NOTE:  The difference in focus of the two words:  service vs. standing.  WHAT we are doing vs. WHO we are doing it for.

For the Jews hearing Jesus refer to a doulos, they would have naturally thought of the law of the Bond-slave found in Exodus 21:5-6.

In the OT there was a common practice of self-sale into slavery.  If the bond-slave was a Hebrew he was to serve six years and then be released.  All slaves were to be released with their families every 50th year – the year of Liberty  (Deut. 15:16).  If however, when the time came to grant the bond-slave his freedom he willingly requested to serve his master for life; he would submit to having a hole bored through the cartilage in his ear.  This was a permanent mark of identification as a slave.  Older people with holes in the ear to identify tribe.

The command was very specific

Lesson 2 – God entrust us to accomplish His purposes on His behalf. (13)

THE CONTEXT IS CHALLENGING (14)

The Citizens Hate The King

The citizens absolutely detested the king. In a similar way the world deeply hates Christ.  Jesus said to his disciples:

The Citizens Rebel Against The King’s rule

“We will not have” they rebelled, completely refused his rule.  This speaks of an act of violence or open resistance to an established government or ruler. Hatred and rebellion go together!

“Rule” speaks of structure, laws, authority.  They did not want him telling them what to do!

We are commissioned to make disciples by “Teaching them to obey all things that I have commanded you.” (Mt. 28.18-20).  You see we are happy to bow to a host of gods other than the Lord!

“What other gods could we have besides the Lord? Plenty. For Israel there were the Canaanite Baals, those jolly nature gods whose worship was a rampage of gluttony, drunkenness, and ritual prostitution. For us there are still the great gods Sex, Shekels, and Stomach (an unholy trinity constituting one god: self), and the other enslaving trio, Pleasure, Possessions, and Position, whose worship is described as “The lust of the flesh and the lust of the eyes and the pride of life” (1 John 2:16). Football, the Firm, and Family are also gods for some. Indeed the list of other gods is endless, for anything that anyone allows to run his life becomes his god and the claimants for this prerogative are legion. In the matter of life’s basic loyalty, temptation is a many-headed monster.” – JI Packer

Principle 3: Principle of Perseverance – God must be obeyed in spite of circumstances, obstacles or distractions.

Evaluation of the Faithful Servants (15-19)

The hatred of the world has no power over the return of the king… He is coming back! (15a) When he comes there will be a reckoning. Servants will be called to give account of their stewardship.  These servants presented what they had done for the King.  The first 1,000% return the second 500% return (15b-16,18).

Each servant received the same commendation by the King.  “Well done good and faithful servant” (17,19).  They each were reward for their faithfulness (17,19).

Application: Faithful service results in greater opportunity and responsibility in the service of the King!

Lesson 4 – God expects us to be resourceful with what He has given us.

Lesson 5 – God will require that we give an account.

Lesson 6 – God will give greater responsibilities to those who have been faithful in smaller matters.

Evaluation of the Wicked Servant (20-21)

“Another kind of servant” (20)(Estes – another of a different kind.)  He refused to do business for the King  and returned the Mina.

Reasons: Because I feared you. This is from the word we get phobia.  This is a severe fear that is not in keeping with reality.  This servant had a wrong view of God, a wrong attitude toward God which led him to wrong conclusions about God and wrong actions toward God’s commands.

He accused the Master of greed: “you collect what you did not deposit” (21).  Charged him with taking what he did not work for.

The judge rules with sovereign authority.

The mouth reveals the heart (22). This servant did not live up to what he knew about the Master.  Jesus said, “Out of your mouth I will judge you.” (22)

It is out of the abundance of the heart the mouth speaks (Lk. 6.45).  If God were to judge you according to what has come out of your mouth this past week how would you fare?  What do you talk about?  What you talk about reveals what you think about!

God called him a wicked servant (22b) Why?  Something is expected of servants they are expected to obey what they have been told!

Lesson 7 – Use God’s resources rightly or loose everything!

Rebellious citizens will be destroyed (27)

What is required of God’s servants?

1Co.4:1-2 Let a man so consider us, as servants of Christ and stewards of the mysteries of God. Moreover it is required in stewards that one be found faithful.)

If Christ returns today will He find you faithful?  How are you using your talents, time and money?