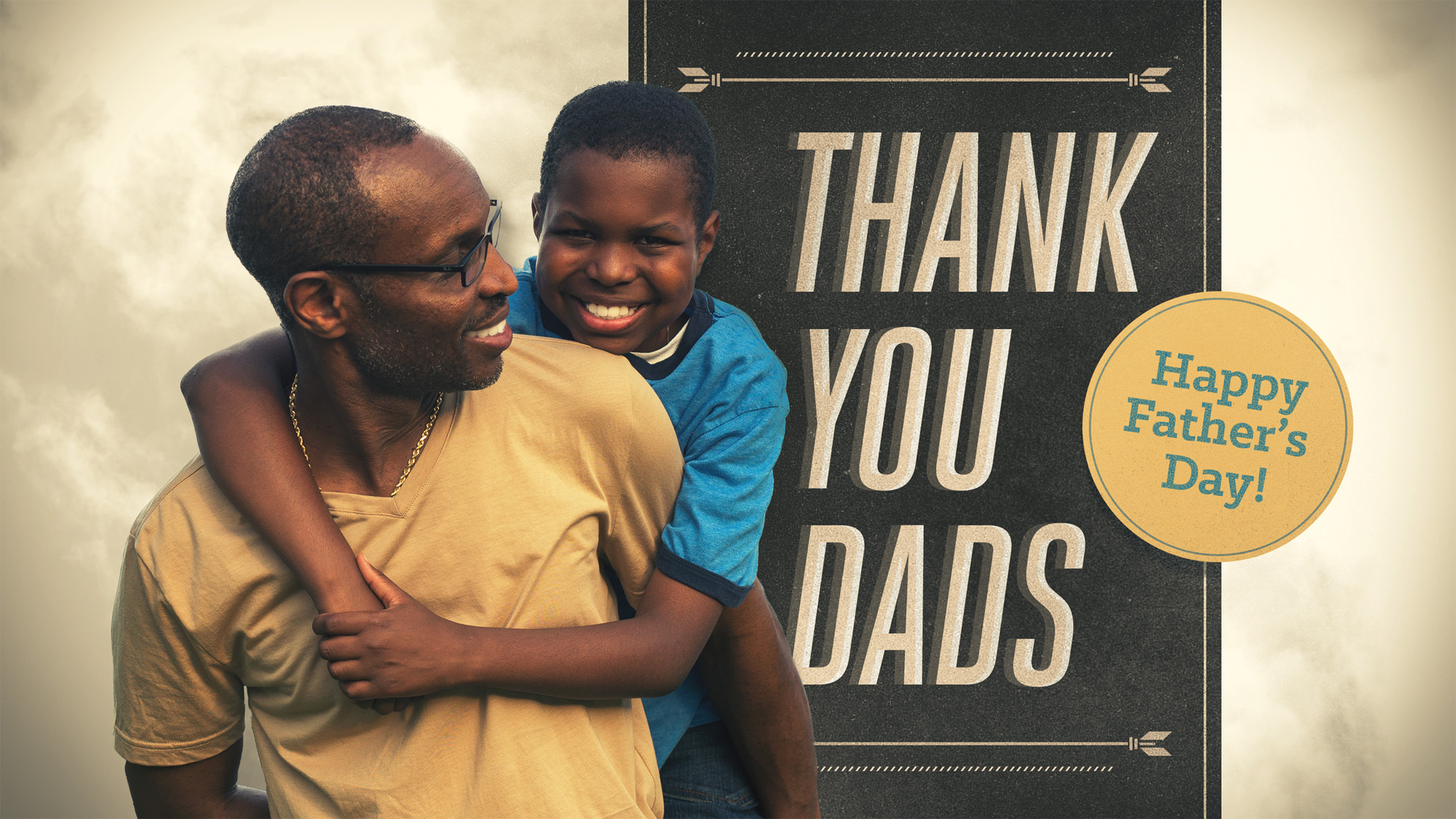 Today we want to look at the call of a father from God’s perspective. Our text today is found in Ephesians chapter 5 verse 31 through chapter 6 verse 4.

If you are like me you probably were not well prepared to be a father. As much as I try I don’t have happy memories of my own father. I have seen photos when I was small sitting on my dad’s lap, and I have often wished I could actually remember what that was like. My relationship with my father was one of physical and especially psychological abuse. Words that hurt.

I remember the day I became a father! My wife woke me from peaceful sleep to announce that she thought it was time. Off we rushed for the hospital feeling quite certain that we would not arrive in time. Another 12 hours would pass before I had the joy of holding my first-born daughter. I remember being overwhelmed by God’s goodness to me. I have had that experience six times since!

Today the most treasured possessions, next to Christ are the members of my family.

There are many challenges of fatherhood. We live in a world that threatens our marriages our families and our children. We live in a culture that mocks biblical morality, glorifies sex and violence and laughs at drunkenness and debauchery.

“Men, the mere fact of fatherhood has endowed you with terrifying power in the lives of your sons and daughters, because they have an innate, God-given passion for you. The terrible fact is, we as fathers can either grace our children, or damn them with wounds that never seem to heal. Our society is filled with millions of daughters pathetically seeking the affection their father’s never gave them. In the extreme there are a multitude of sons who were denied a healthy same-sex relationship with their father and are now spending the rest of their lives in search of their sexual identity via perversion and immorality.”  (Kent Hughes, Disciplines of a Godly Man)

Our society is void of godly male leadership. There are some men who are a success as leaders in the company or marketplace but fail completely in the home.

WE ARE THE MEN!

The city of Ephesus was a center of pagan worship in the ancient world. It was nearly unknown in this culture for a father to interact with his children in a loving and nurturing relationship.

Most families were in shambles, and mutual love among family members was almost unheard of. A father’s love for his children would have been hard even to imagine. By the Roman law of patria-potestas a father had virtual life and death power not only over his slaves but over his entire household. He could cast any of them out of the house, sell them as slaves, or even kill them—and be accountable to no one. A newborn child was placed at its father’s feet to determine its fate. If the father picked it up, the child was allowed to stay in the home; if the father walked away, it was simply disposed of—much as aborted babies are in our own day. Discarded infants who were healthy and vigorous were collected and taken each night to the town forum, where they would be picked up and raised to be slaves or prostitutes.

A letter written in 1 B.C. by a man named Hilarion to his wife, Alis, reads,

“Heartiest greetings. Note that we are still even now in Alexandria. Do not worry if when all others return I remain in Alexandria. I beg and beseech you to take care of the little child, and as soon as we receive wages I will send them to you. If—good luck to you—you have another child, if it is a boy, let it live; if it is a girl, expose it” (Papyri Oxyrhynchus 4.744). Seneca, a renowned statesman in Rome at the time Paul wrote the Ephesian letter, said, “We slaughter a fierce ox; we strangle a mad dog; we plunge a knife into a sick cow. Children born weak or deformed we drown.” (MacArthur Commentary, Ephesians, p 318. John MacArthur)

Paul is writing to first-generation Christians! These Ephesian believers had been redeemed by God to the praise of His glory! In Christ they had been placed in a position of victory so that in the ages to come God might show forth the riches of His grace. These Ephesian believers had been brought into the body of Christ through the power of God! (Eph 1:11-13; 2:1-3; 4:17; 5:8)

Because of God’s redemption and because of His grace toward the Ephesians they were to walk worthy of their calling as children of God.

What is God’s call to fathers in regards to their responsibilities to their children?

An unavoidable command – Children are to obey (Prov 22:6)

A non-negotiable attitude – Honor them

How can we as fathers goad our children to resentment?

NURTURE THEM TO MATURITY (6:4b)

In a society where many children are growing up without a father in the home, we as godly men – young and old alike must prayerfully and intentionally become “fathers” to the children around us. In a specific sense this text speaks to biological fathers, in a general sense it provides us a template as men to disciple and be ‘fathers’ to the next generation.

Ephesians 6.4 when fully understood, requires us to do three things:

Above all Dads, we must ensure that the open book of our lives – our example – demonstrates the reality of our instruction, for in watching us they will learn the most.


If you would like a pdf copy of this lesson you can download The Call of a Father by clicking the link.