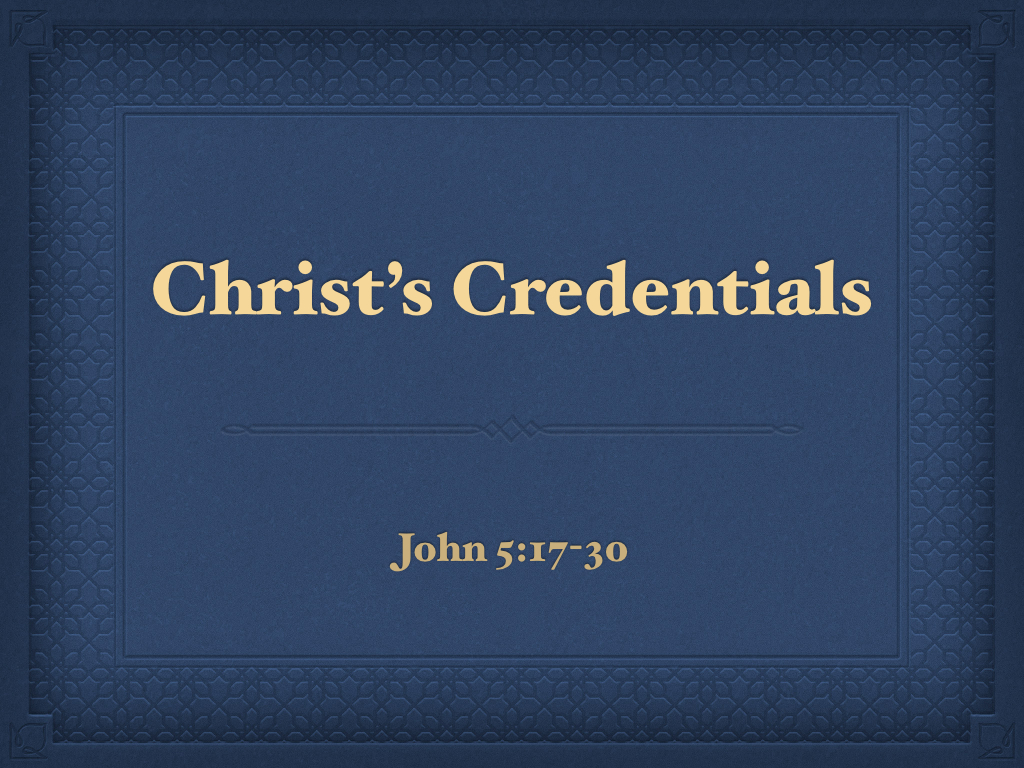 Up until now we have had people who have responded positively to Christ and His work with little push back. Consider the flow of what we have seen so far from John’s gospel:

Jesus reveals Himself as God the Messiah to:

Jesus then works a miracle:

Following the miracle is conflict:

This process is repeated! Jesus again reveals Himself as God the Messiah to:

Jesus then works a miracle that proves his deity:

The miracle is followed by conflict:

Purpose of John – John 20:31 but these are written that you may believe that Jesus is the Christ, the Son of God, and that believing you may have life in His name.

John brings the arguments and evidence to a climax. It is here that God has John record Christ’s direct evidence of who He is. Those who hear are placed in a position where they MUST make a choice. Either Jesus is God or He is one of the greatest cons in history. Either He was God or He was guilty of blasphemy and deserved death under Jewish law.

The Jews rejected the change Christ brought to their way of thinking and the claims Christ made.

First, why did Christ break the Sabbath? If He was God, it was His law. Why break it?

The Jews took great pride in being the chosen people of God. This pride showed itself in outward conformity to the law without an inward relationship to God. Jews had lost the meaning of the law.

The Jews had applications of this law that limited the number of steps they could take outside their property on the Sabbath (1,000 m). So if they wanted to take a journey on the Sabbath, they had to go the day before and leave some of their possessions at intervals along their route so they would not be traveling more than a Sabbaths day journey away from their “property.”

He points out their inconsistencies:

Luke 14:5 Then He answered them, saying, “Which of you, having a donkey or an ox that has fallen into a pit, will not immediately pull him out on the Sabbath day?”

He points out the truth about the Sabbath:

Mark 2:27 And He said to them, “The Sabbath was made for man, and not man for the Sabbath.”

Instead of the Sabbath being a chance to focus on God, they started valuing the Sabbath more than the Creator.

Christ went right to the source of their problem. It was not the Sabbath or healing on the Sabbath, it was their belief in who He was.

So he confronts them with three facts about Himself:

Christ reminds the Jews that God has not stopped working for Israel since creation. The healing on the Sabbath was a continuation of what God was doing for Israel, only now they see God the Son continuing the work in their sight. Nothing has changed.

“Even the rabbis admitted that God’s work had not ceased after the Sabbath because He sustains the universe.” (MacArthur)

The Jew’s response shows that they understood He was equating Himself with God. They rejected His statement.

Christ reiterates that He is working with the power of God the Father.

God was going to do more to cause men to marvel: He was going to restore life to the dead! There are three possible applications:

Notice – this was was not to cause belief!

People must honor the Son as they honor the Father (vs. 23).

To honor Him is to hear and believe Him – our response to Christ will determine how we are judged (vs 24).

Judgement is decided from what Christ hears from us when we stand before Him. (vs. 30)

While we are alive, we are to “hear Him.”

When we die, He will hear US and give judgement.

What will we say if we are asked why we should enter into heaven? The only accepted answer will be that we have “heard him and believed” that we were sinners and Christ completely paid the penalty of death for us.

So here is what this all means to you and me:

Christ brings us to the same place He brought the Jews: either He is God God or He is the greatest con man who ever lived. There is no middle ground left to us. Christ can’t just be a good man and say these thing about Himself if they are not true.

What will he “hear” from us when we stand before Him? vs. 30

You can download the pdf of Christ’s Credentials by clicking the link.