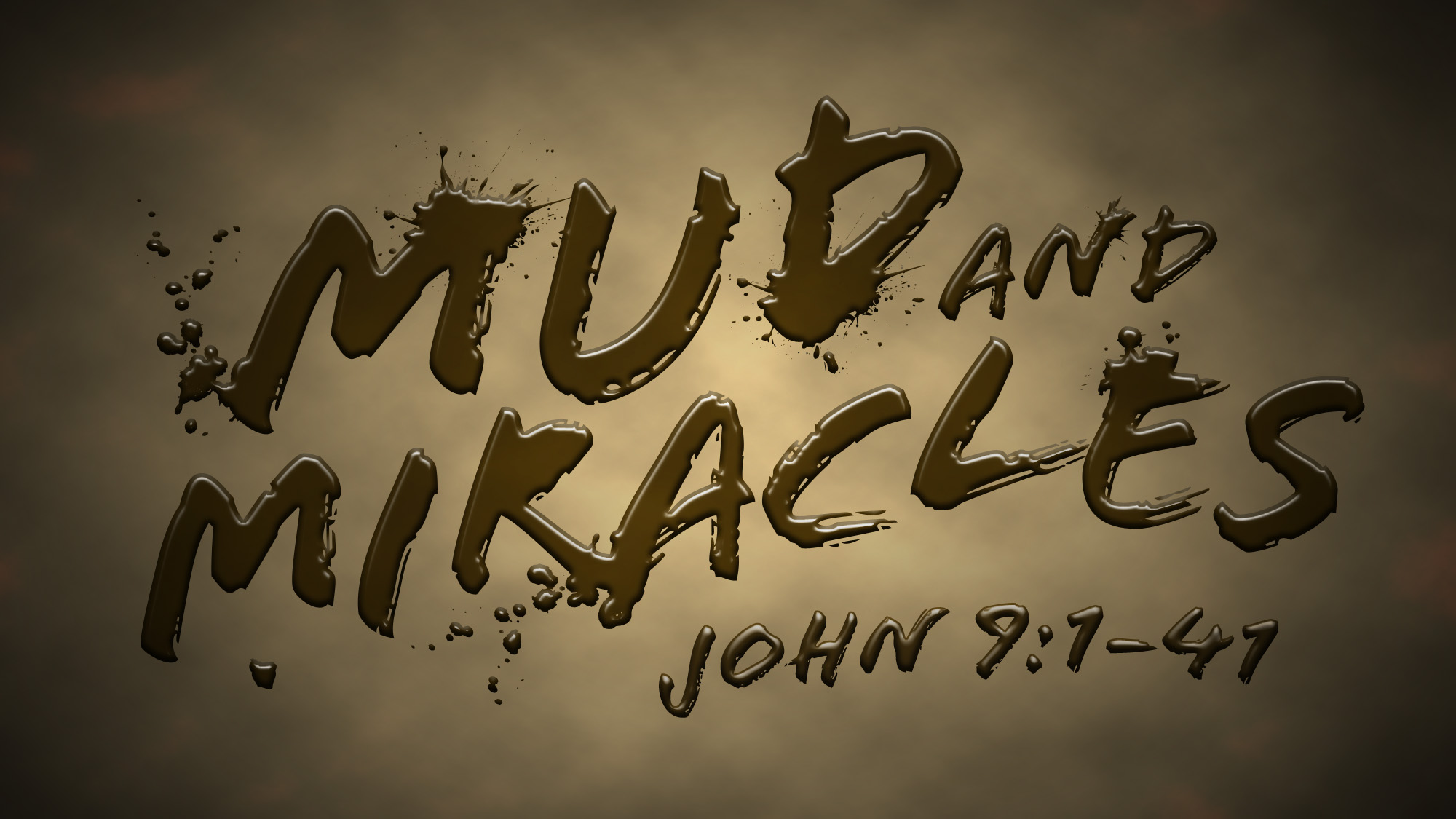 I hate Zesco – power cuts. It is evening, the sun has set and you have plans for the evening. Suddenly you hear that dreaded sound: “thunk!” Everything goes dark.  What is your immediate response?  You run for the light – a candle, a torch, or switch on an inverter.  Around our house when Zesco cuts our smaller children are in some other room of the house yelling that they can’t see anything – they have been trapped by the darkness.

There is comfort from just the smallest light! Light is something that we often take for granted – until we lose it.

The setting for our text is the Feast of Tabernacles, which begins the 15th day of the 7th month and lasts for seven days (Lev 23:34). During the feast four large torches where lit in the temple area.  The holy men and elders of Israel danced the night away in the light of the flames. The end of the Feast is drawing near.  It is Sabbath.  Just before those caring for the temple extinguish the torches, Jesus says, “I am the light of the world. He who follows me shall not walk in darkness but have the light of life” (8:12).

What a dramatic visualization of the difference between light and darkness! Jesus walks through those who were picking up stones in order to stone him for his claim to be God (8:58).  He walks out of the Temple – the light is gone!

In chapter 9 the them of light continues… Jesus passes by and departs Temple Mount. The light goes out into the world those who are in darkness can see.  As Jesus goes out he meets a man who is blind – one who has never seen light.

Jesus stops when he sees the blind man.  He approaches him and ultimately brings him into the light physically by restoring his sight and more importantly into the light spiritually!

How often we hold to our traditions and upbringing instead of embracing the truth that is staring us in the face.  Everyone of us is either like the blind man who receives light or we are like the Pharisees who claimed to have light and continued to live in darkness.

The disciples assumed that this man’s blindness was a direct punishment for sin (1-2).

Every one of us live by presuppositions and assumptions. These assumptions are based upon our background, life experiences and what we have learned (been taught). The cultural understanding of the disciples was that someone sinned for this man to be born blind. His blindness was just punishment for that sin. It had to be that either the man had sinned while still in the womb, or his parents had sinned thus bringing about his condition.

Because of blindness this man was a beggar, a social outcast.

It was thought that he deserved to suffer for this past sin.

This is the basic idea of some Eastern religions today. There is a lack compassion for the underprivileged (low-caste) because the person suffering is only getting what they deserve in payment from a past life and previous wrong decisions.  If someone dies and has been bad they are reincarnated as a lower caste or if they are really bad they come back as part of the animal kingdom.

Even among Christian people this same idea can be found.  I remember after my motorcycle accident in 1983 being in the hospital with a hundred stitches in my face.  A well-meaning Christian leader in my church came to the hospital to visit.  He asked if there was some sin in my life that was the root cause of my accident.

He was a family embarrassment and burden

If it was because of sin that he was born blind then every time this family was seen in public with him, the question was always being asked, “Who sinned, was it him or his parents?”

The Lord destroys this assumption (3-12)

Some view God as an all-powerful vindictive God who cannot give us too much good, so he zaps us rather frequently to be sure that we keep our place. It is true that all pain, suffering and death is a result of the fall and in that sense it is a result of sin, but affliction is not punishment for a particular sin.

Why is there pain and suffering?

Principle of sowing/reaping: You may be reaping the fruit of what you have sown, but this is not God’s punishment.  For instance a former alcoholic may be suffering with a destroyed liver, this is not a punishment for his sin, it is reaping the effects of sinful choices. Suffering may also be because of the wrong decisions of others.  If a mother is a drug addict, her baby is born with drug dependency and withdrawals.

God overruled the disaster of the child’s blindness so that as a adult he could see the glory of God in the face of Jesus and so that others might see and turn to Christ.  If we exist for the pleasure of God for the glory of God then it follows that whatever situation we find ourselves in ultimately is so that God will be exalted among men & angels & devils.

Jesus clarifies his purpose for coming into the world (4-5).

Jesus came to into the world to bring light.  It is for this reason that He must do the works of God while He has the opportunity.

Jesus used a most interesting means to bring light to this blind man: Spit, mud, and a command to “Go and wash in the pool of Siloam.”  Jesus chose to heal this man at a distance to not draw more attention to Himself.  He would also use this event to confront the Jews with a situation they could not deny.

This was compassion because as he washed the mud out of his eyes the light poured in! He saw green trees and brown skin and blue water – and he was filled with joy! Light and joy flooded over him at the same time! He rushed home to tell everyone and show them what had happened. Imagine the excitement he felt!

When you have experienced pain or suffering there is often greater joy!

Helen Keller was orn June 27, 1880. When she was 19 months old she became ill and lost her sight and hearing.  Ann Sullivan a 20 year old teacher was assigned to help Helen.  She taught Keller to read and write and became a mentor and friend. Keller went on to write 12 books and became an advocate for the handicapped.  Helen Keller wrote this of her situation,

“Gradually I got used to the silence and darkness that surrounded me and forgot that it had ever been different until she came—my teacher—who set my spirit free.”

That is what Jesus did for this blind man!

The Pharisees were blinded by their own self-righteous system!  Making clay on the Sabbath day was sin because it was considered work.  Washing your eyes to remove the mud was also considered work.  This man could not be from God if he both worked and told someone else to work, thus breaking the Sabbath rules set by the Rabbi. (13-17)

They would not believe this man was born blind, so they called his parents. Knowing that they refused to believe that Jesus was Messiah and would take action against anyone making the claim the parents kept their distance from their son (22). The Pharisees demonstrated the classic case of: “my mind’s made up don’t confuse me with the facts.”(18-23)

Again they interrogate the man! “Give glory to God” = admit that you are lying that Jesus healed you (24).  Instead of taking the easy way out, the former blind man brilliantly articulated the obvious, “I was blind, now I see!”

The Pharisees rejected the man’s testimony (25-29). His changed life and seeing eyes were irrefutable argumentation that Jesus is God. Blind eyes seeing was a loud and clear testimony to the Pharisees that Christ is the “I AM” that he claimed to be (8:58).

They rejected his logic – they didn’t require more evidence – neither do you! They only needed to accept what was very clear. (30-34)

They rejected him – the outcast seeing blind man was cast out of the temple that he had never been allowed to enter because of his infirmity. (34)

He responded in faith! He accepted Jesus as His Messiah! (35-37)

True faith results in worship (38) The blind man had light come to his eyes and now broke on his heart. Belief and worship go together. Worship is acts of reverence, praise, adoration and reverence for God. Literally it means: to serve.

Jesus accepted his worship! This would be a direct violation of the 10 commandments. And Jesus answered and said to him, “Get behind Me, Satan! For it is written, ‘You shall worship the Lord your God, and Him only you shall serve.” Lk.4:8

If Jesus is not God He is either a lunatic for actually believing He was God or the biggest hypocritical liar and fraud ever hoisted upon humanity, or He is actually who He claimed to be the Son of God!

Others will reject the light – spiritual blindness (39-41)

There are lessons in this story for each of us:

We all need the miracle that the blind man in chapter 9 received!

Have you seen the light?

Recognize your need and you will come to the light and be changed by it! Your life changes, your path is clear, your future is bright, your end is certain.  Believe and receive Him!