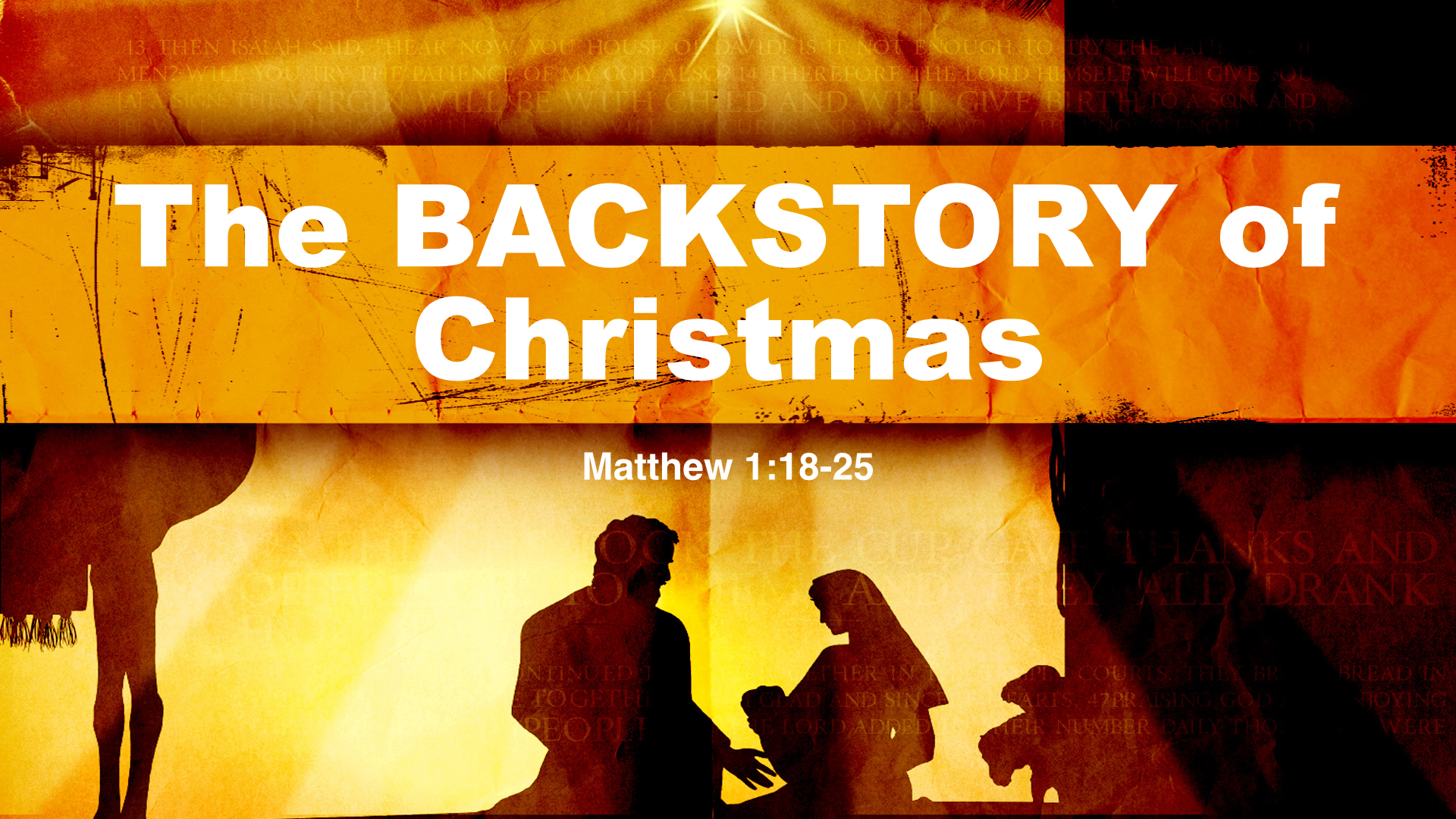 In 1979, Her Majesty Queen Elizabeth visited the city of Kitwe, Zambia.  Old-timers who were present and met the queen still talk about that glorious day!  When you experience a wonderful and life-changing visit by a special or important person, everyone you meet must know the story!

That is why after 2000 years the majority of the world pauses in one way or another to acknowledge Christmas day.  For centuries the world has stopped to decorate, celebrate and help their fellow man. Christmas is a time for giving and family and good-will!   Even those who don’t believe in God often find themselves caught up in the festivities of the season.

During World War I a spontaneous event took place along the Western Front between the British and German troops.  It has been called the Christmas truce of 1914. German & British troops met in no-man’s land on the Western Front to exchange gifts and sing carols.

There is something about Christmas that is extremely powerful!

It all centers around the day that God showed up! Have you ever wondered about the back-story of that visit?  What did God do, and what does it all mean to us?  We refer to the whole event as “Christmas!”

In our text in Matthew 1:18-25 God is continuing to unfold His redemptive plan through the incarnation (God became flesh) of Jesus Christ (v23). God with us!

Down through the pages of OT Scripture God demonstrated that He wants to be with us. From walking with Adam in the garden, to being with Noah in the midst of a perverse generation, to his presence with the people in the wilderness tabernacle and later the temple at Jerusalem. God desires to be with us!

In our text we find the backstory of this great work of God as He became flesh and dwelt among us (Jn. 1.14).

Those who will place their faith in Him will live with Him eternally in His heavenly kingdom. When God became flesh He entrusted the care for His Son to a simple young couple named Joseph & Mary.

She was betrothed – in the culture of the day she could have well still been in her teens. In our text a young couple by the name of Joseph and Mary had committed themselves to one another. Their marriage arrangement was according to the Hebrew tradition and involved three steps:

She was a sinner (Lk. 1:47).  In her own song (Magnificat) Mary cries out in adoration to God at the news that she had been chosen as mother to the Messiah:

Lk 1:47 – And Mary said:
“My soul magnifies the Lord,
And my spirit has rejoiced in God my Savior.”

Some believe a doctrine called the “Immaculate Conception.”  This teaching is false, completely unsupported in the Word of God. Mary was a sinner and she needed a Savior – just like you and I need a Savior. She acknowledges that need with her words “my spirit has rejoiced in God my Savior.”

He was a common working man – carpenter by trade, knew how to work with his hands. (Mk. 6:3)

He was a simple man – did not have high formal education. He was a man of incredible simple faith! He heard and believed!

You might think: well if I had an angel show up and talk with me – I would believe too! Really? We have the words of God preserved for us in a book! Rich man wanted someone to go from the dead to warn his brothers, the answer: they have Moses & prophets, if they will not listen to them, they will not be convinced if someone rose from the dead.

Aren’t you glad! If we all had to wait for a message from an angel we would all likely be in trouble! But we have God’s message – his letter that tells us of his unstoppable love for us!
He was a man of simple obedience. The law was made to protect an innocent man – the guilt were to marry the pregnant fiancee. In marrying Mary, Joseph was in essence assuming responsibility for her pregnancy. He was also assuming a measure of shame. In each case the response of Joseph to each crisis – Obedience!!!

Application: When God prepares to do a great work and His eyes run too and fro throughout the whole earth – are you the kind of person that God would be willing to use?

It was a miraculous announcement – angel!

Angels are not human beings who have gone before us. Angels are not all-powerful, but they are powerful spirit beings created to serve God.

Here are 27 facts about Angels from Scripture:

It was a miraculous pregnancy – virgin conceives (Is. 7:14)

Source of the pregnancy is the supernatural Work of the Holy Spirit in the womb of Mary.

Lk. 1:34-35 – Then Mary said to the angel, “How can this be, since I do not know a man?” 35 – And the angel answered and said to her, “The Holy Spirit will come upon you, and the power of the Highest will overshadow you; therefore, also, that Holy One who is to be born will be called the Son of God.

The importance of the Virgin Birth!

John MacArthur writes, “The virgin birth is an underlying assumption in everything the Bible says about Jesus. To throw out the virgin birth is to reject Christ’s deity, the accuracy and authority of Scripture, and a host of other related doctrines central to the Christian faith. No issue is more important than the virgin birth to our understanding of who Jesus is.

If we deny that Jesus is God, we have denied the very essence of Christianity. Everything else the Bible teaches about Christ hinges on the truth we celebrate at Christmas—that Jesus is God in human flesh. If the story of His birth is merely a fabricated or trumped-up legend, then so is the rest of what Scripture tells us about Him. The virgin birth is as crucial as the resurrection in substantiating His deity. It is not an optional truth. Anyone who rejects Christ’s deity rejects Christ absolutely—even if he pretends otherwise (1 John 4:1-3).”’

The Promise that Assured Joseph

An instruction not to fear the social stigma (19b).

An instruction not to fear trusting his wife. (19c)

The promise of a Savior that Assures us!

No wonder Christmas is a time for joyful celebrations! God is with us! He knows us, he feels what we feel, he understands our weakness, He knows how to sustain us!

Heb. 4:14 Seeing then that we have a great High Priest who has passed through the heavens, Jesus the Son of God, let us hold fast our confession. 15 For we do not have a High Priest who cannot sympathize with our weaknesses, but was in all points tempted as we are, yet without sin. 16 Let us therefore come boldly to the throne of grace, that we may obtain mercy and find grace to help in time of need.

He was the prophesied One. Would be a descendent of David (20).

What are the chances of prophecies of Messiah coming to pass by chance? The odds of one man (Jesus or any man) fulfilling only “eight” Old Testament Messianic prophecies was one chance out of one with “seventeen” zeros after it (100,000,000,000,000,000)! And Jesus fulfilled over 300 prophecies of Scripture!

He would be a Son – Son of Mary and Son of God!

He would save his people!  We need a Savior! We need someone to rush in and deliver us… someone big enough and wise enough to rescue us!  He will save them from their sin!

Our lives have been messed up by sin! We have gotten ourselves into situations: Relationship situations, work situations, personal situations! Though it may look a hopeless tangle – He came to deliver us!

God is with us!

The birth of Jesus, the long-awaited Lamb who would save His people from their sins!  God selected a simple young couple from a little village called Bethlehem to care for the Baby Jesus. A young virgin girl and her young carpenter husband.  What grace!

Won’t you believe God’s message to you this Christmas and receive Jesus as your God? He can be YOUR Immanuel – God with you!