In our Bible study in John 6 we have seen Christ feed 5000 people and then use that miracle to point us to this spiritual reality: Christ is the Bread of Life.  He is the eternal satisfaction to our spiritual hunger.

Christ comes to the disciples on the Sea of Galilee and then they go to the synagogue in Capernaum (v. 59).  The Synagogue becomes the stage for our text.  Jesus interacts with some of the people who had been among the 5,000 the previous day, and had follow Him across the Sea of Galilee (23). 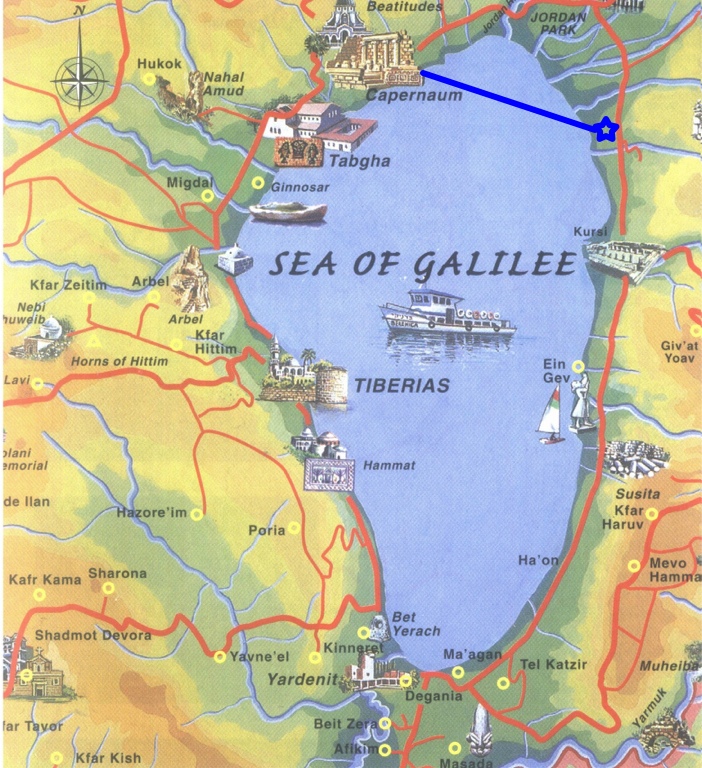 We are introduced to four groups of people in our text, and we will see that all them take the same four steps in their reaction to Christ. 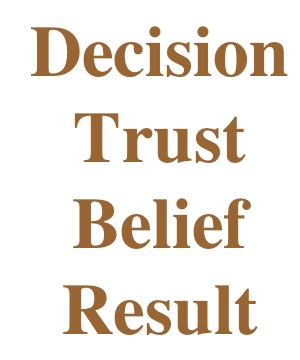 Decision – The Jews had already made a decision not trust Christ (5:18)!  The “Jews” are a group that usually opposed Him. They trusted tradition more than Christ, though He demonstrated who He was, they chose not to believe in HIm.
Trust – Their choice of who to trust led to their deliberate avoidance of the main point – a choice of unbelief.   We all do this at times.  There are time when we know the other person has a valid argument but we focus on a small detail to avoid dealing with the truth.

They argued about His origin (vs 41-42) and ignored the point that Christ made earlier: He is spiritual satisfaction (vs.35-40)

We all have a “God shaped hole” in our lives that we try so hard to fit other things into that void!

Christ responds by sharing that God’s responsibility is to draw men to Christ (vs. 43-46)

Our responsibility is to believe in Christ. Those who listen and accept what the Father says, come to Christ for eternal life (vs. 47-51).

They argued about a literal interpretation (vs. 51) – they ignored the point that Christ is eternal life.

Christ responds by intensifying the spiritual application. Note the response of faith or the lack thereof:

The law of Moses expressly forbade any drinking of blood on penalty of being cut off from the people (Lev 17:10–14).

The progression in thought in vv. 51–54 is significant.

First, Christ said he gives his flesh “for the life of the world” (v. 51). Then he says whoever has not partaken of his flesh and blood has “no life” in him (v. 53). But then whoever eats his flesh and drinks his blood “has eternal life, and I will raise him up at the last day” (v. 54).

Christ makes a distinction between the spiritual bread of life He is offering and the physical manna from heaven their fathers ate in the wilderness (vs. 57-58). One group is physically dead the other has spiritual life.

Belief – Their unbelief led to their continued rejection of Christ

It all begins with a decision of whom to trust!

The followers (from the multitude)

Decision – to trust only what they could see (physical provision) (vs. 26).

Trust – The object of their trust – personal provision of bread – forced them to look for more physical satisfaction (6:26-30).

Jesus answered them and said, “ Most assuredly, I say to you, you seek Me, not because you saw the signs, but because you ate of the loaves and were filled. Do not labor for the food which perishes, but for the food which endures to everlasting life, which the Son of Man will give you, because God the Father has set His seal on Him.”
Then they said to Him, “What shall we do, that we may work the works of God?”
Jesus answered and said to them, “ This is the work of God, that you believe in Him whom He sent.”
Therefore they said to Him, “What sign will You perform then, that we may see it and believe You? What work will You do

As long as they got what they wanted, they were believers in Jesus.  They were not looking for signs of who Christ was, only for what they could get from Him

“And He said, “ Therefore I have said to you that no one can come to Me unless it has been granted to him by My Father

Result – Their lack of belief caused them to permanently reject Christ (vs. 66).

Then Jesus said to the twelve, “ Do you also want to go away?”
But Simon Peter answered Him, “Lord, to whom shall we go? You have the words of eternal life.”

Trust – Their trust led to belief in Christ’s Words (vs. 68)

You have the words of eternal life.”

Belief – led to spiritual understanding (vs. 69).

“Also we have come to believe and know that You are the Christ, the Son of the living God.”

Result – Spiritual understanding changed eleven men who then influenced every part of the world.

Acts 1:8b “… and you shall be witnesses to Me in Jerusalem, and in all Judea and Samaria, and to the end of the earth.”

Decision – Judas was one of the twelve, and he claimed to trust in Christ.

Trust – He faked it for a while.

Belief – In reality he was motivated by the physical, not the spiritual.  Judas stole money from the group (12:6) and eventually he betrayed Christ for 30 pieces of silver (Matt. 27:3).

Result – same as the Jews who admitted up front they did not believe: Judas played a key role in the group that arrested Jesus by betraying Jesus with a kiss.  His actions revealed what he trusted in.

Ok so let’s apply this to our own lives!  What will you do with Christ?

What will you do with Christ?

Perhaps you are not sure who or what you are trusting in today.  Work backwards… Evaluate your actions and decisions, they will reveal what you really believe.

Do you want to change the “results” or actions in your life?  Then place your trust in Jesus Christ, believe that He is who He claims to be!

God had John write these things for a reason:

Download the pdf version of this study Who To Trust?