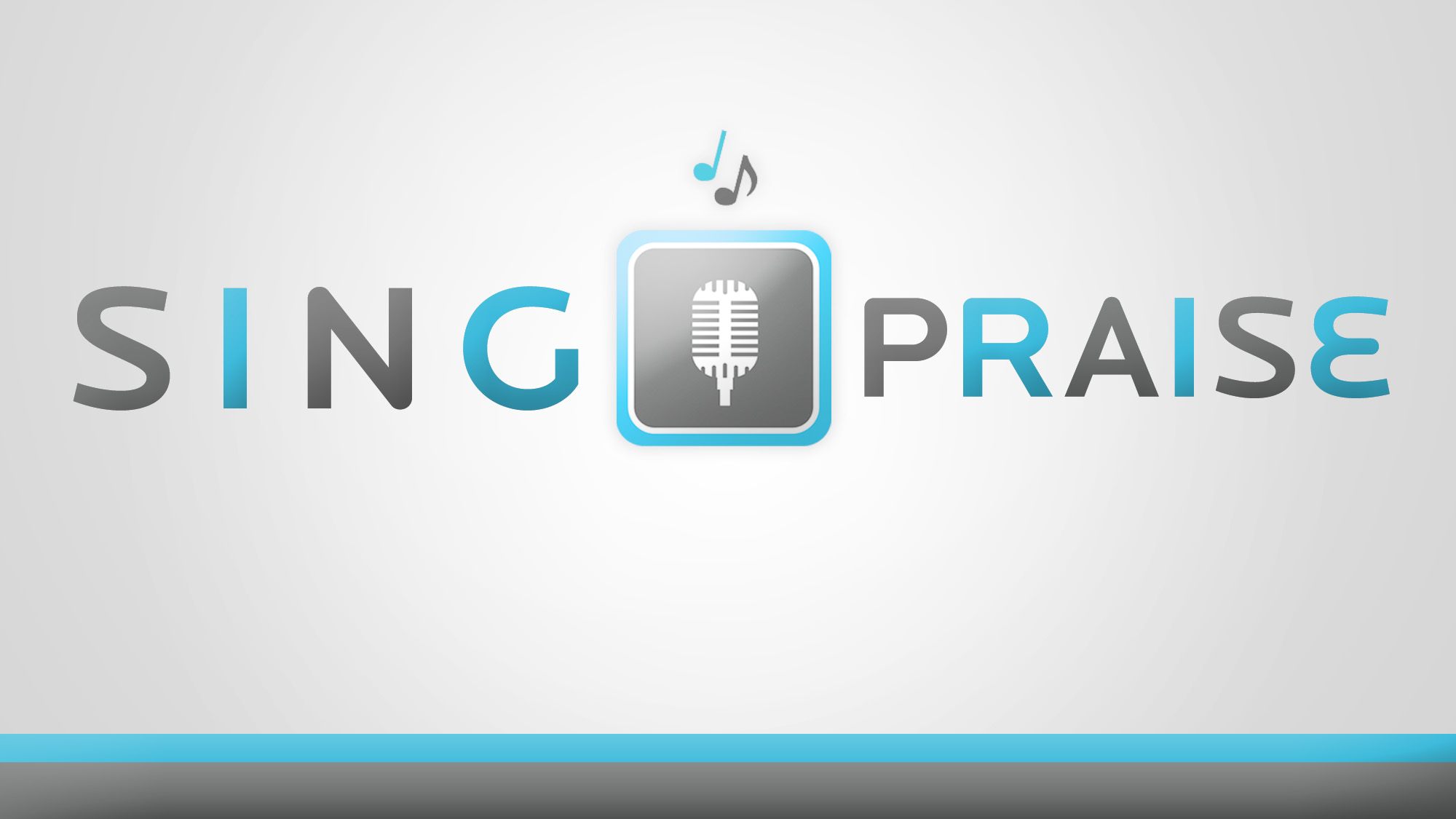 We want to be intentional in all that we do at Kitwe Church.  So today I wanted to share a helpful article that answers the question Why We Sing when we meet for Sunday Bible Study.

At my church’s Sunday gathering, the preacher and everyone leading the service sits on the stage facing the congregation.

At least that’s what I wondered until it was me sitting on stage, looking at the congregation. When the singing begins, I’m beholding God’s people praise God. And it’s unbelievable!

We’re singing the sixteenth century words of “A Mighty Fortress,” and I notice a woman who was recently assaulted now sing with all her might of a “bulwark never failing.”

We’re singing the eighteenth century words of “Come, Thou Fount of Every Blessings” and I’m heartened by the older saint who has persevered in the faith for decades, still singing, “prone to wander, Lord, I feel it, prone to leave the God I love; here’s my heart, O, take and seal it; seal it for thy courts above.”

We’re singing the nineteenth century words of “It Is Well,” and I look out and see the middle-aged brother struggling with discouragement over his fight against sinful anger now raising his voice to shout, “My sin—oh, the bliss of this glorious thought: my sin, not in part, but the whole is nailed to the cross and I bear it no more. Praise the Lord, praise the Lord, O my soul!”

We’re singing the twenty-first century words of “In Christ Alone,” and I see the talented young mother who is tempted to regret what she’s given up to have children now exult in her new ambition: “In Christ alone my hope is found, he is my light, my strength, my song.”

As I sit, look out, and behold, my own praises to God are strengthened by the stories and songs of others. My faith is invigorated and enlarged by his work in them.

Churches sing because their new hearts can’t help but echo the Word which has given them life. Whether those songs were written in the sixteenth century or today, they should echo Scripture. If there is any place where God’s Word should literally reverberate, it should reverberate in the church’s songs. Remember, Scripture alone gives life.

Therefore, a church’s songs should contain nothing more than the words, paraphrases, or ideas of Scripture.

And churches sing together because it helps us to see that our hearts’ praises, confessions, and resolutions are shared. We’re not alone. Singing in the church, I believe, is about listening as much as it’s about singing. So Paul commands us to “Speak to one another with psalms, hymns and spiritual songs. Sing and make music in your heart to the Lord” (Eph. 5:19, niv). If I’m to speak to others in song, I’m to listen to others as well. In fact, I do sometimes stop singing just to listen and thank God for the voices around me!

“These brothers and sisters share my new heart, my new identity, my Lord and Savior, my comfort and support, my hope and ambition, my glory and joy. I’m with them, they’re with me, and we’re with him.”

Believers sing in churches because Christ has commanded us to sing (Col. 3:16, Eph. 5:19). And we’re commanded to sing, I heard minister of music Bob Kauflin observe, because God means for creatures created in his image to do as he does (e.g. Zeph. 3:17; Heb. 2:12). Yet let me unpack what I’ve said so far by articulating three reasons for why I expect God would command his people to speak to one another not just in prose, but in poetry and melody.

We Sing To Own and Affirm the Word

Singing is how the congregation owns and affirms the Word for itself. In the Bible, singing is one God-ordained way for the members of a congregation to respond to God’s revelation. It’s how they raise their hand and say, “Yes, I believe and affirm these truths with my whole person.” For instance, the Psalmist tells God’s people to proclaim God’s Word to others: “Sing to the Lord, bless his name; tell of his salvation from day to day” (Ps. 96:2). Singing of his salvation means we’ve owned it as our message.

We Sing to Engage Our Emotions with God’s Word

Singing is how the congregation particularly engages its emotions and affections with God’s Word. When we sing, it’s hard to remain emotionally disengaged. Just as the sense of smell can evoke strong associations and memories, so the sound of music both evokes and provokes the heart’s joys, griefs, longings, hopes, and sorrows. Jonathan Edwards proposed that God gave us music “wholly to excite and express religious affections.” The Psalmist seems to embody this idea when he writes, “My heart overflows with a pleasing theme” (Ps. 45:1).

Singing, I’d say, is the medium by which God’s people grab hold of his Word and align their emotions and affections to God’s.

It’s not surprising therefore that Paul would command churches to sing the psalms, and that the Psalter would be referred to as the church’s hymnbook. John Calvin called the Psalms “An Anatomy of all the Parts of the Soul” since it offers readers words which they can place into their own mouths for properly expressing the whole range of human emotions. In the preface to his commentary on the Psalms, Calvin writes, “for there is not an emotion of which any one can be conscious that is not here represented as in a mirror. Or rather, the Holy Spirit has here drawn to the life all the griefs, sorrows, fears, doubts, hopes, cares, perplexities, in short, all the distracting emotions with which the minds of men are wont to be agitated.” How can Christians express grief in godly fashion? Or sorrow, fear, and doubt? By echoing the Psalms, like Jesus did again and again.

Yet even if churches don’t take their lyrics directly from the Psalter, they should consider the Psalm’s balance of confession, lamentation, exaltation, and thanksgiving, and seek to mimic something similar in their own hymnody. Do we know how to lament in our churches through music? Or confess?

In seminary classrooms, budding preachers are sometimes warned, “A congregation will only be as careful with the Word as you are in the pulpit.” The same is true, I’m convinced, of our singing in church, and our ability to emotionally encounter God throughout the week. A congregation which learns to sing in church with robust confession and contrite praise better knows how to sing to God with their hearts at home, whether they do it to melody or not.

We Sing To Demonstrate and Build Unity

Singing is one way of demonstrating and building corporate unity. Once again, it’s not difficult to imagine how Israel used the Psalms to demonstrate and build the unity of their hearts with one another. Some psalms make this explicit:

[Call] Oh give thanks to the Lord, for he is good; for his steadfast love endures forever!

The psalmist makes a declaration, and then he asks three groups of people to echo him: the nation, the priests, and then all who fear God (including any foreigners and Gentiles in their midst?). The words “his steadfast love endures forever” is the source of unity, but the poetry and—perhaps—music encourages the people’s hearts to embrace, own, and rejoice in this glorious truth.

The context of Paul’s command to sing is worth noticing as well: “And let the peace of Christ rule in your hearts, to which indeed you were called in one body. And be thankful. Let the word of Christ dwell in you richly…singing psalms and hymns and spiritual songs, with thankfulness in your hearts to God” (Colossians 3:15-16). Notice the train of thought: We’re to let peace rule, since we’re called to one body. We’re to be thankful. And we can do all this by singing Christ’s Word together. Again, the Word is the source of unity; but the music gives expression to that unity.

No doubt, this point can be combined with the last one. Singing God’s Word is how a congregation tunes its heart together across the whole range of biblically-driven affections.

What should be clear in all three reasons for why we sing is that singing in church should be about the church singing—congregational singing. Perhaps choirs and soloists can be carefully used to call the church to respond, as in the Psalm above or as an exercise in “speaking to one another in song.” And musical performances outside the gathered church are wonderful. But God has given music to the gathered church so that the people together can own, affirm, rejoice in, and unite around God’s Word. Far better than the sweet harmonies of a few trained singers is the rough and hale sound of pardoned criminals, delighting with one voice in their Savior.

The most beautiful instrument in any Christian service is the sound of the congregation singing.

This article was copied from 9Marks http://9marks.org/article/why-we-sing/

This article, which recently appeared at Creator Magazine, was excerpted from the book Reverberation and is used by permission of Moody Publishing.