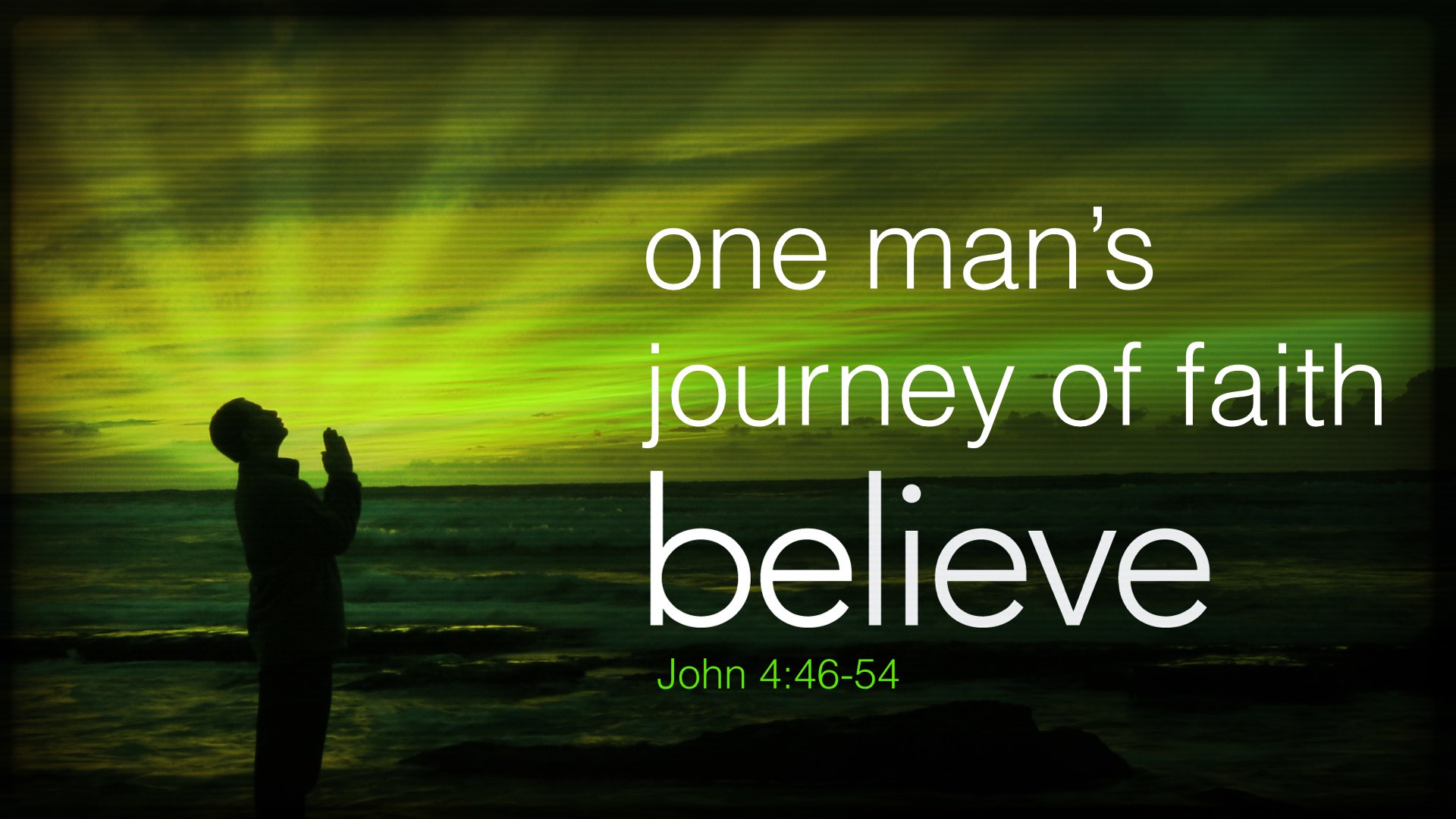 We have all faced moments of desperation! The circumstances in life spirals out of control right past all of our human wisdom and ability.

In such moments we are painfully aware that our resources, our influence, and our position in society are useless to meet the need.

When people face crisis they know there has to be something or someone bigger and more powerful than they are who to come to their aid. People in crisis often turn to God (or religion) in hope of finding that help.

September 11, 2001 was has become an infamous date in the history of the United States. On 9/11 terrorists flew hijacked passenger jets into buildings in New York City and Washington, DC. In the aftermath of this attack, the name of God was on every lip. Churches were suddenly filled with worshippers.

I have been working in S.Sudan since before the recent Independence. One thing that is clear when you visit S. Sudan – after two bloody civil wars lasting 50yrs, everyone believes in God. People publicly credit God for their victory over N. Sudan and for the birth of the nation. Churches in the capital city of Juba are filled to overflowing week after week, yet S.Sudan is riddled with corruption, social problems and political instability. The outbreak of hostilities along tribal lines has cost the lives of thousands and nearly 1 million people have been displaced due to the violence.

The lesson is this: trusting in God when you have a problem is not enough!

The man we read about in John 4:43-46 turned in desperation to Jesus. His journey in faith is instructive. His belief in Jesus grew from merely intellectual belief to genuine saving faith.

All sins are forgiven for people who repent and believe in Jesus except unbelief. Unbelief is the damning sin! No matter what people do or how zealous for God they are unbelievers cannot please God.

Ro. 8:8 So then, those who are in the flesh cannot please God.

Heb 11:6 But without faith it is impossible to please Him, for he who comes to God must believe that He is, and that He is a rewarder of those who diligently seek Him.
In Samaria, the people believed that Jesus was the Messiah (4:42). In Galilee, Jesus own people are scandalized by Him!

Mt. 13:57 So they were offended at Him. But Jesus said to them, “A prophet is not without honor except in his own country and in his own house.

The Galileans were willing to believe in a Jesus who would revive their political hope, but they would not accept Him as a Saviour from their sin!

Jn. 6:15 Therefore when Jesus perceived that they were about to come and take Him by force to make Him king, He departed again to the mountain by Himself alone.

Jn. 6:64-66 But there are some of you who do not believe.” For Jesus knew from the beginning who they were who did not believe, and who would betray Him. And He said, “Therefore I have said to you that no one can come to Me unless it has been granted to him by My Father.” From that time many of His disciples went back and walked with Him no more.

The Samaritans accepted Jesus as the one who would meet their spiritual need! The people of Galilee believed in Him for what He could do for them, when he offered them spiritual bread they rejected it (6:26-27).

In Samaria they believed on Him as their Messiah. In Galilee the people would reject Him as Messiah and eventually some of them would doubtless participate with the mob in Jerusalem who call for his crucifixion.

His Faith is motivated by a desperate need (46b-47)

This man was an official in Herod’s court. He was a man of wealth, influence and power. It also means He was very likely a Gentile. None of this could help his current desperate situation – his son was dying!

The sad reality of a sinful world is that children do get sick and die. Everyone experiences suffering and sorrow – there are no exceptions.

Job 5:6-7 For affliction does not come from the dust,
Nor does trouble spring from the ground;
Yet man is born to trouble,
As the sparks fly upward!

Somewhere this Nobleman had heard about Jesus, and now he heard that Jesus had returned to Galilee… and he came desperate and determined to solicit Jesus’ help.

His faith was not driven by his own need of salvation, but by the desperation he felt because of the illness that was taking his own son’s life.

As already noted, many people are driven to Christ because of overwhelmingly desperate needs! These circumstances are tools of God’s mercy and grace. They can often be the start on the journey of faith.

Jesus pointed out the weakness of his faith – ‘unless you people see signs and wonders you won’t believe!’ (See v. 45).

The faith of this man was incomplete, he did not fully understand who Jesus was: (49)
He thought Jesus had to be present to heal the son. Jesus being God was not limited by time or space. He could as easily heal from a distance as He could if he were present.

He thought Jesus had to heal his son before he died. He again did not fully understand Who Jesus is. Jesus has absolute power over death.

People today often think of Jesus in similar terms. He is acknowledged as someone extra-ordinary, a great teacher, a good man, even a prophet from God; but they fail to understand that He is all of those things, but much more! He is God!

This man heard the calm command and assurance of Jesus and believed Him. His faith was demonstrated by obedience, “he went his way.” This man had not seen his son recovered and in good health. He had the word of Christ, and somehow that was enough!

They key is believing in Jesus – this is God’s will!

John 6.27 (NLT) But you shouldn’t be so concerned about perishable things like food. Spend your energy seeking the eternal life that I, the Son of Man, can give you. For God the Father has sent me for that very purpose.” 28* They replied, “What does God want us to do?” 29* Jesus told them, “This is what God wants you to do: Believe in the one he has sent.”

Faith as small as a mustard seed is enough to “move mountains” (Mt. 17:20). Jesus is teaching us that it is not the amount of faith that matters, but that you have placed your faith is in the right object!

Someone has well said, “Everyone believes in something if only themselves.”

Who/what is the object of YOUR faith?  You might be asking right now, “how can I determine whether or not I have genuine saving faith or not?”

You can identify the object of your faith by identifying who you are serving!

Faith became sight his son lived! Our faith will also be rewarded. One day we will look on Him in whom we have believed! (51)

Rev. 1:7 Behold, He is coming with clouds, and every eye will see Him, even they who pierced Him. And all the tribes of the earth will mourn because of Him. Even so, Amen.

The connection between the recovery of the son and the timing of Jesus proclamation is undeniable! (52)

It was the time that Jesus had spoken to him. This gracious act of Christ convinced this man that Jesus Christ was God! Who else could heal from 15 km away? This Nobleman was positive now that Jesus was the sent one, the Messiah. And that led him to the final stage on his journey of faith…

The nobleman put his faith in Jesus Christ. When faith comes to maturity it accepts Jesus as Light, Life, Lamb, Savior!

You must realize that saving faith is much more than simply assenting to a list of facts about Christ! Many people claim genuine saving faith but on the Day of Judgment will be rejected by God.

Mt. 7.21-22 Not everyone who says to Me, ‘Lord, Lord,’ shall enter the kingdom of heaven, but he who does the will of My Father in heaven. 22 Many will say to Me in that day, ‘Lord, Lord, have we not prophesied in Your name, cast out demons in Your name, and done many wonders in Your name?’

The mature, saving faith of this man influenced his entire household to put their faith in Jesus Christ!

Mature faith in Jesus is something that is shared – it is convicting, it is convincing!

This is the second sign Jesus had done in Galilee (54)! A sign points to something, and this sign points us toward the goal of the journey of faith! John included this miracle of Jesus to the intent that you and I might also believe in Jesus! The Galileans should believe in Jesus and when we read this account we should too!

John 20:30-31 And truly Jesus did many other signs in the presence of His disciples, which are not written in this book; 31 but these are written that you may believe that Jesus is the Christ, the Son of God, and that believing you may have life in His name.

No matter who you are or what you are facing your current circumstances are signs pointing you to Jesus – Believe in Him today!

Who you serve will be evidenced by who you obey this week!

Download the .pdf copy of Believe, One Man’s Journey of Faith