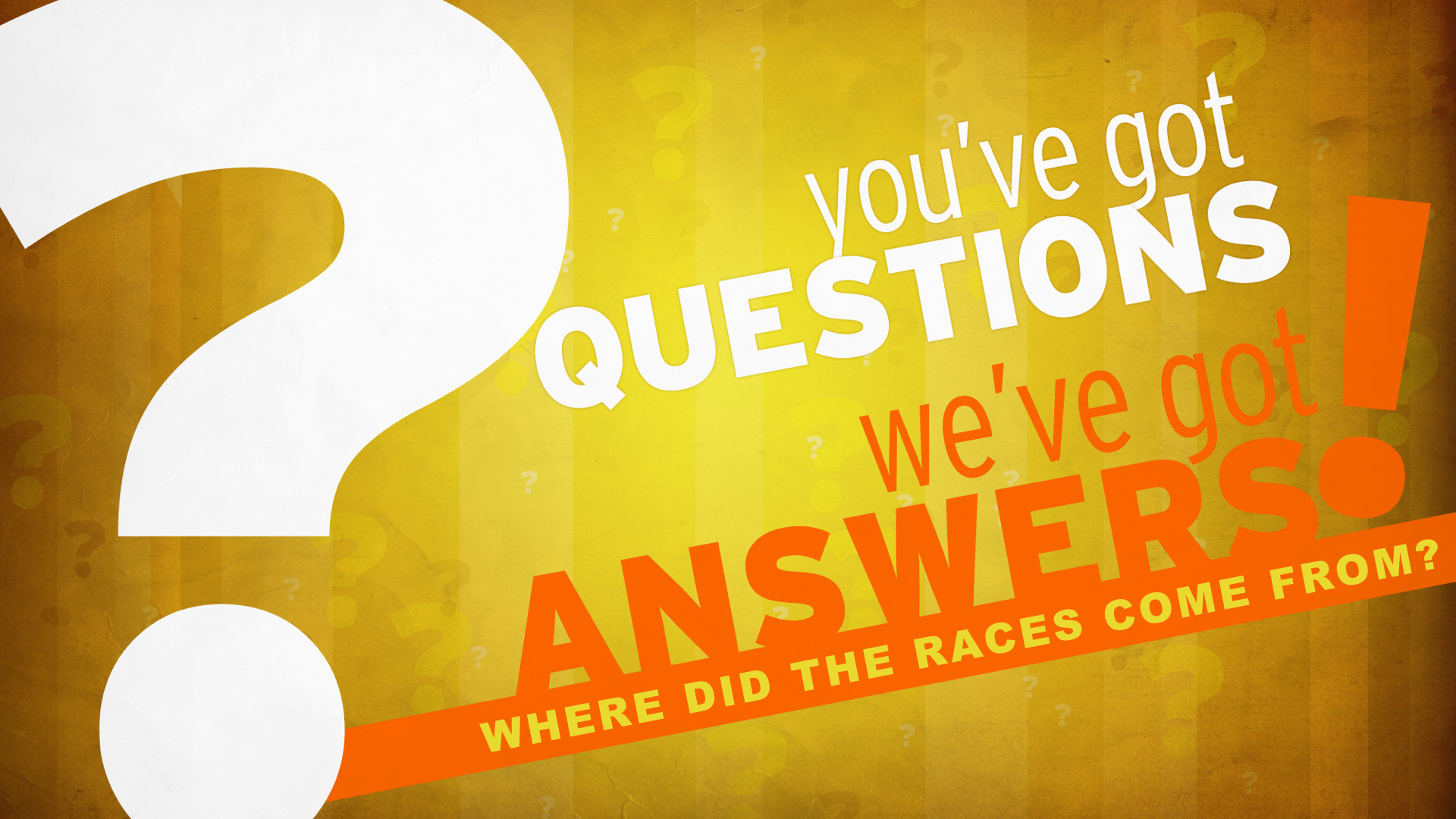 This is the second installment from our Q&A last Sunday at Kitwe Church.  The question, “Where did the races come from?

Technically, there is no such thing as different races. A quick examination of current scientific journals and articles will reveal that modern science supports this statement. So where did the concept of race come from, you might ask. It can actually be traced back to the discovery of the Americas. As scientists and explorers came to examine the discovery of this new land that Christopher Columbus discovered in 1492. By the late 1600’s the concept of race had taken full effect as people tried to classify the new people groups based on their physical appearances. This concept of race was further solidified by Charles Darwin’s book, Origin of the Species in 1859. However, scientific discovery is a process not an event and theories of science are constantly being corrected and revised. Today, scientists recognize that there is only 0.2% genetic difference between any two people on the planet no matter how different they may look or to what part of the globe they trace their ancestry.

This fact points to an important truth. Evolution does not explain the origin of the planet, nor the origin of the species. You may ask, “Does that mean that there is no such thing as evolution?” No, I am not denying the actual scientific process of evolution. I am saying that for many years we have come to wrong conclusions based on wrong assumptions regarding evolution. Evolution in simple terms simply means adaptation. Yes, creatures do adapt to their environments, but this does not cause them to change species. A dog may evolve to adapt to its environment, but it will always be a dog. It will never evolve into a cat, or a horse, or a human. This is important to the topic of race because the concept of race always leads to an attitude of superiority based on the wrong application of evolutionistic theory. Evolution has taught for a long time that lower creatures evolve into higher life forms. This very train of thought teaches superiority of certain races, which is what led to the holocaust in WW2.

So then, if evolution does not explain the origin of mankind, what does? The answer is creation! If we want to see why there is diversity in appearance of mankind all we need to do is look to the Bible. What we will find is that there are not three races (Mongoloid, Negroid, and Caucasoid). There is one race because we can all be traced back to the first man and woman that God created. These are not myths or fables. This is true recorded history.

Genesis 1:27 – So God created man in his own image, in the image of God he created him; maleandfemale he created them.

Genesis 3:20 – The man called his wife’s name Eve, because she was the mother of all living.

Genesis 5:4 – The days of Adam after he fathered Seth were 800 years; and he had other sons and daughters.

Many children can be born in 800 years and those children get married and make more children. The earth was populated, but due to the events of Genesis 3 each of these people now had a sin nature and the world became so corrupt and violent that God decided to punish the sin by destroying the earth with a flood and starting over with one family. They were not sinless or perfect by any stretch of the imagination, but they were humble, repentant, followers of God who received His grace and mercy. From this one family God again repopulated the earth. We can each trace our lineage back to one of the three sons of Noah.

Genesis 9:17-19 – God said to Noah, “This is the sign of the covenant that I have established between me and all flesh that is on the earth.”18 The sons of Noah who went forth from the ark were Shem, Ham, and Japheth. (Ham was the father of Canaan.) 19 These three were the sons of Noah, and from these the people of the whole earth were dispersed.

Yet again, because of sin mankind rebelled against God. God intended that they would spread out to repopulate the earth. However, they did not trust God’s promise to not destroy the earth by flood again. In their pride they determined to build a tower to show off their own strength and independence. Perhaps they even thought they could build it high enough to escape a future catastrophic flood. Whatever the reason, we see that they were in direct defiance of God and so He intervened to spread them out across the globe.

So, you may wonder how this applies to the original question. Quite simply, this is the furthest point to which we can point back to understand the diversity in mankind we see today. They are not different races. There is only one race. We are all of the same family traced back to the family of Noah and yet there are differences in culture and appearance. You see, race is really a social concept, not a scientific one. God built within the complexity of our DNA the ability for us to adapt to our environment. The differences in appearance are a result of our bodies adapting to the environments where our ancestors migrated. God created our bodies with the mechanism needed to adapt. You can see that many times people who live in hotter climates have darker skin pigmentation. That is evolution – the adapting of the body to best fit into the environment you live. The same can be seen with hair. In hotter climates people tend to have less hair while in colder they tend to have more.

So, why do entire people groups look a certain way? It is not that they are different races. Remember we are all 99.8% genetically the same. However, when we remain in one place over a many generations and intermarry with others who live in the same place our genetic material tends to be more similar from generation to generation producing ethnic groups that share common physical characteristics. This fact supports Biblical creation based on God’s intelligent design. It does not support the idea of lower life forms evolving into higher life forms. It does not support lower races evolving into higher races. We are one family, one blood, one race.

Acts17:26 – And he made from one man every nation of mankind to live on all the face of the earth, having determined allotted periods and the boundaries of their dwelling place.

When we see the world from a Biblical perspective we see that Christianity has the true solution to the problem of racism. It is in fact, the wrongly interpreted and applied theory of evolution that perpetuates the problem of races. 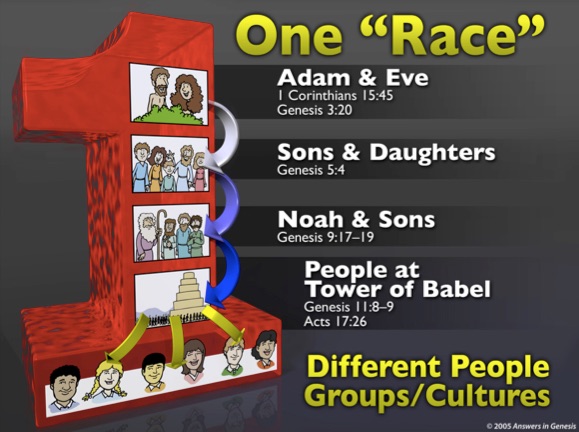